‘Zoom Bombings’ Bring Problems to the First Week of School 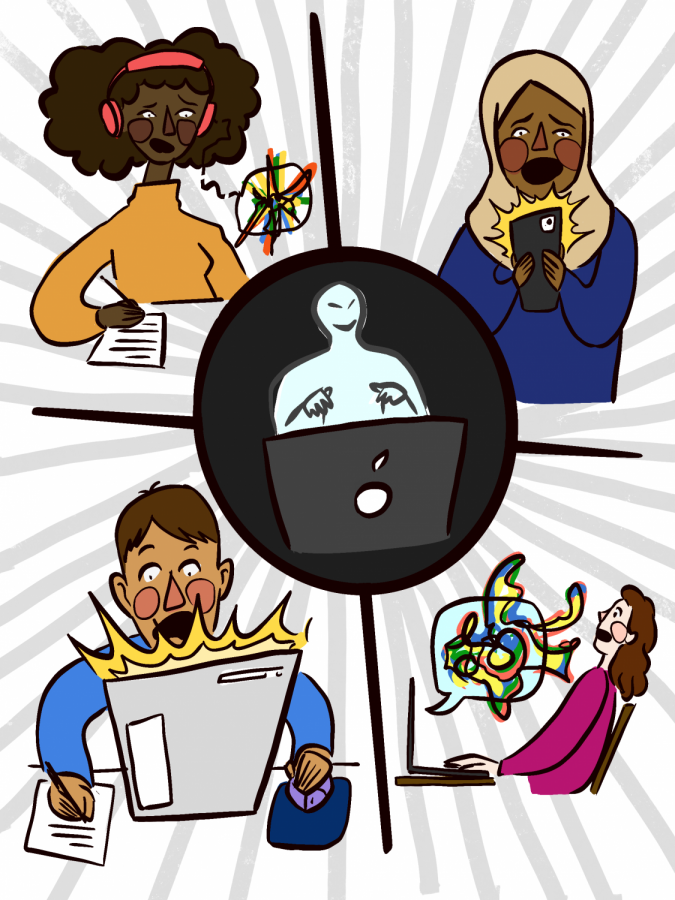 In the first week of Cambridge Rindge and Latin’s first full-year online learning this fall, students faced an unexpected obstacle as many classes were interrupted by outbursts of “Zoom bombings.” CRLS started its online school year on Wednesday, September 16th, and received many reports from teachers saying that anonymous members on their Zoom calls had disrupted their class using explicit language and a variety of distracting audios.

After witnessing an episode of “Zoom bombing”, senior Jairee Torres said of the experience, “It was honestly unexpected and I didn’t realize it was happening until I heard someone start cursing at my teacher and tell her to shut up, and she was sharing her screen and they were scribbling on it. It was kind of hectic, but it didn’t last that long, luckily.”

The explicit language used by these anonymous “Zoom bombers” has undoubtedly affected students’ learning environment, even through virtual means; Marin Manoach ‘22 reflects, “I think that it’s really distracting to students and teachers especially because it’s already hard enough to stay focused on class through Zoom. Also when people come in and say disrespectful things it can really stay in someone’s head and affect their learning.”

These “Zoom bombing” interjections not only shock students in the class, but can inhibit some teachers ability to stay on schedule during class time. Torres comments, “It’s overall childish and disrespectful both to the teacher and students who actually want to learn.” She explains that she doesn’t “…have as much of an understanding of what the course is about than I wanted to, since we lost our place and we had to speed through the presentation a bit to not take up the passing time.”

Although the opening week of school tends to have a much lighter workload than the usual routine, this pattern of interruptions poses a long term problem if “Zoom bombings” are not taken under control. Given that class time has already been cut down by 30 minutes, teaching a thorough curriculum with consistent Zoom bombing episodes could prove difficult for some teachers.

The school administration quickly noticed this issue. Following the first day of online school, Principle Smith sent out a school-wide email addressing the “Zoom bombing” events. His email referred to the anonymous “Zoom bombers” as “using racially insensitive language, insulting both staff and students while yelling obscenities, and vulgarities.”

Although the emails addressing this issue did not outwardly explain what action the administration is taking to avoid future “Zoom bombings”, teachers have been given certain instructions on how to conduct a more secure Zoom call. Senior Tenley Ransom states, “I noticed my teachers have enabled the waiting room to ensure only students on the roster are let in.” She elaborates, “one of my teachers told us to make sure both our first and last names were visible on our Zoom profiles.” From these precautions, it is clear to see that instances of “Zoom bombings” have encouranged teachers to stay more aware of the students attending their Zoom calls through the online waiting room.

The consensus exists among most of the student body that these few “Zoom bombers” only acted to poke fun at their online classes, despite their disruptive outcomes. Junior Thomás Ruiz hypothesizes, “People may want to do it to be cool, because they saw some YouTubers do it, but it just disrupts the class and it’s not funny.”

This perspective seems to be shared by other students who believe that some community members who participated in the events may not have had harmful intentions in what they did. Torres explains, “There’s a difference between harmless fun and going too far. It’s one thing to just ‘bomb’ and joke around with the teachers and your friends, but verbally harassing a teacher and scribbling all over a presentation? I understand that people are bored of virtual school and want to have fun, but it was literally only the first week.” Although it’s clear that these “Zoom bombing” episodes have caused significant concern, efforts to control the issue have proven effective, and the administration is hopeful for an undisturbed rest of the semester.