Blaming the Pandemic on the “Elites,” Is Not Just Stupid—It’s Anti-Semitic 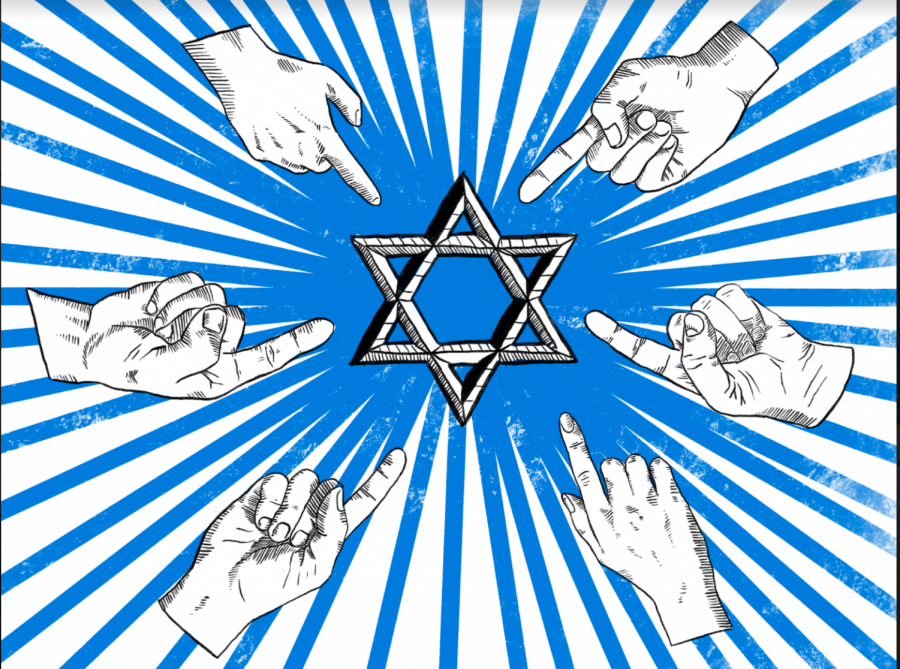 You’ve probably seen various conspiracy theories about COVID-19 circulating the internet. Some people believe that the virus is a lie perpetrated by the media and the “elites.” Not only is this scientifically inaccurate, it is dangerous. Conspiracy theories that blame media and the elites for crises are often rooted in anti-semitism. Just because these conspiracy theories do not explicitly name Jews as the source of evil (except for some of the alt-right who spread that very claim), they draw on myths that have demonized Jews for centuries.

The thing about conspiracy theories is that they’re not just hypothetical, they often have real world ramifications. When they are printed, sold, read, and regurgitated, these falsehoods risk becoming accepted as truth. To quote The Atlantic, “Conspiracy theories are many things, but most of all, they’re narratives—understandable, comprehensive stories about how the world works, complete with the arcs and the rhythms of any other epic tale of heroes and villains.” In times of crisis, people are likely to grasp onto simplistic explanations of complex events. This is basic human nature. In a state of panic and uncertainty, you may try to find some rationale —any rationale—which provides resolution or closure. False information in times of crisis is particularly dangerous because people are less likely to question it. Following 9/11, a variety of conspiracy theories emerged. The specific claim that described 9/11 as an inside job served to soothe worries that the attack was conducted by a foreign terrorist organization. Instead of basing beliefs off of fact, the theories that emerged incited widespread islamophobia and created an enemy in the United States: the Muslim population. The xenophobia and discrimination against Muslims in the US today shows how big of a role conspiracies play in targeting groups. The acceptance of these theories proves their attractiveness; people have a strong motive to downplay COVID because it is personally comforting.

COVID-19 is terrifying; everyone wants this pandemic to be over. While no one wants to wear a mask and socially distance, many realize these are reasonable measures to slow the spread of a virus. Some groups resent the idea of shifting their lifestyle, prefering to reject the legitimacy of the virus. These individuals then go one step further and claim the whole virus is an invention of the media and the social, political, and economic “elites.” Thus, lies about the origins of COVID are spread. Now that we’ve established the foundation and influence of conspiracy theories, let’s take a look at how COVID conspiracies are rooted in anti-semitism.

Rewind about 2000 years to the death of Jesus; here’s the first trace of the theory. Regardless of religious beliefs, it is an arguable historical fact that Jesus was killed by the Romans. However following his death, lies claiming that Jews were responsible for Jesus’s death spread; they still circulate today. Similar to Muslims following 9/11, Jews became the common enemy. Fast forward 1300 years: the bubonic plague. The Black Death wiped out close to 100 million people, killing around ⅓ of Europe’s population. Once again, the Jews were blamed. Now jump all the way to 1903 Russia when The Protocols of Zion was published and distributed. The main points of this text include that Jews control the media, the economy, and social order; all with the goal to achieve world domination. Obviously, none of this is true. The entire text is fabricated and filled with lies. Nonetheless, The Protocols and its adaptations sold millions of copies around the world; it is still for sale today. Throughout history Jews have been the source of blame for crises, it’s no different with COVID. Blaming the proclaimed false existence of the disease on “elites” only plays into the antisemetic lies that have existed for thousands of years.

The production and spread of false information about the Jewish people is not just an unsupported trope, it’s dangerous. Such conspiracy theories are more than just distracting; they directly threaten the safety of Jews everywhere. After all, conspiracy theories about supposed Jewish plans for world domination were widely accepted in Nazi Germany. The normalized adaptations of the very same theories we see and hear today put the legitimacy and security of the Jewish people at risk.