In a Shortage of Labor, California Employs Inmates to Deal with Wildfires 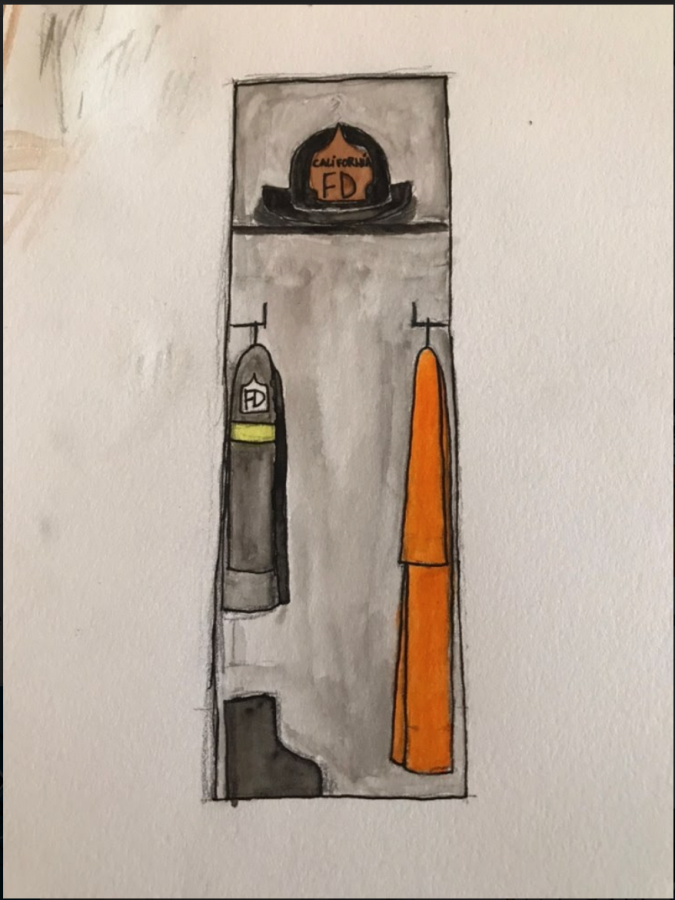 The wildfires raging across millions of miles in California have remained the subject of headlines for months now, a significant feat considering the cataclysmic year 2020 has proven itself to be. The duration and severity of the disaster has only increased, as the fires continue to claim more land and lives.

Initially starting in early May, this most recent surge of wildfires has already broken records. 3.2 million acres of land have been burned up and down California in just five months compared to the 10.8 million acres burned over the last 10 years.
For decades, as fires worsened, California has relied on the help of the “California Conservation Camp Program,” which allows prisoners from surrounding areas to help support state and local emergency services when they are overwhelmed. All inmates are willing volunteers for the program, and all receive the same entry level training that the professional California firefighters receive before starting the job. The training usually involves initial attack, mop up, and fireline construction, all physically demanding and often life-threatening tasks.

The use of inmate labour to help with emergencies can be traced back to 1915, when similar stations called “road camps” were created. 30 years later, the first permanent camp was established, which grew and evolved into what is now recognized as a federal program. Not much has changed about the conservation camps, but California continues to see rapid and irreversible change on the climate front. These negative climate developments were projected to lead to more frequent and intense fires in the near future, causing experts to believe that the current resources and plans implemented may not be sufficient without significant alterations to the global response to climate change. Miriam Stodolsky, a sophomore at CRLS and member of the Environmental Action Club, warns, “The fires will get much worse, and at the same time, California will be dealing with increased desertification, drought, earthquakes, and even an influx of climate refugees.” We are starting to see the consequences of the warmer climate sooner than expected. When fires first surged, California officials were quick to call on the help of inmates to combat the flames, but even in addition to the abundance of emergency services enlisted, there was still an early shortage of firefighters. This is in part due to COVID-19—insufficient resources in overflowing prisons forced officials to start heavy on the deployment of volunteers in an attempt to create space and prevent spread of the virus. Ms. Kathleen Fitzgerald, a civics teacher at CRLS, believes these inmates should never have been part of the solution in the first place. She explains, “Our government ought to look at the root issues of the wildfires, which has to do with climate change, and start there. Human beings ought not be at the disposal of the government to labor in response to its failed policies.”

The use of inmate labor for other work has an even longer history. Fitzgerald explains how it can be traced back to the time of Jim Crow, when prison populations surged, and prison labor was used to replace slavery across the U.S. Inmate labor has grown in the country ever since.. She explains, “Today, prison labor remains an unjust abuse of state power for economic gains. It may be technically legal, but the law is not always right.”

Mistreatment of prisoners, especially in the midst of a pandemic, has been acknowledged by the media, yet it has barely been addressed by those in charge of prisons. The prisons currently denying inmates adequate medical attention, basic hygienic supplies, and enough space to allow for social distancing are under public scrutiny. Now, citizens are starting to question whether the fire volunteers are getting the compensation they deserve. Payments are less than four dollars a day, plus an additional dollar for volunteers that are deployed to the front lines. This payment has increased from 2011, when inmates would receive less than two dollars, but the low payment still raises many questions, especially as some professional firefighters are making upwards of $70,000 a year. Fitzgerald was already beginning to believe that the total abolishment of prisons was the way forward, and when asked about the current compensation for prisoners, she said, “… [T]he idea of incarcerated people being paid four dollars a day to do the dangerous job of fighting raging forest fires pushes me closer to the abolitionist standpoint.”

Perhaps the most controversial aspect of this program is the lack of opportunity for volunteers after serving their sentence in prison. Legislative discrimination against ex-convicts is nothing new in the US, with restrictions on living situations, jobs, and voting in elections that have been scrutinized in the past. One law prohibits felons from getting their EMT certification—which is required for California firefighters. Previous bills have been presented to change this, however they were met with fierce opposition every time. Legislators were wary to enlist the help of previously incarcerated people during emergencies, especially when it involved entering people’s homes and direct contact with citizens during times of panic. While the program only allows those with a minimum custody status to participate, movement on the legislative front seemed to have come to a halt.

Then, in early September, California Governor Gavin Newsom signed a new bill allowing volunteer inmate firefighters to have their record expunged, opening the door to a career in firefighting for those involved. This is just weeks after releasing nearly 8,000 prisoners at the end of August as part of a move to save lives in the many overpopulated prisons ravaged by COVID-19. California has consistently been in the lead in terms of incarceration rates, with almost four times the prison population than most countries. And, as with many public prisons in the U.S, Black inmates make up a disproportionate population of most California prisons. This cannot be ignored when considering any issue involving treatment of prisoners, and therefore inevitably impacts the people who are facing the brunt of this disaster. Hopefully, this new bill is just the beginning of new dreform for incarcerated people in California.