Markey Vs. Kennedy: Is this the End of the Kennedy Dynasty? 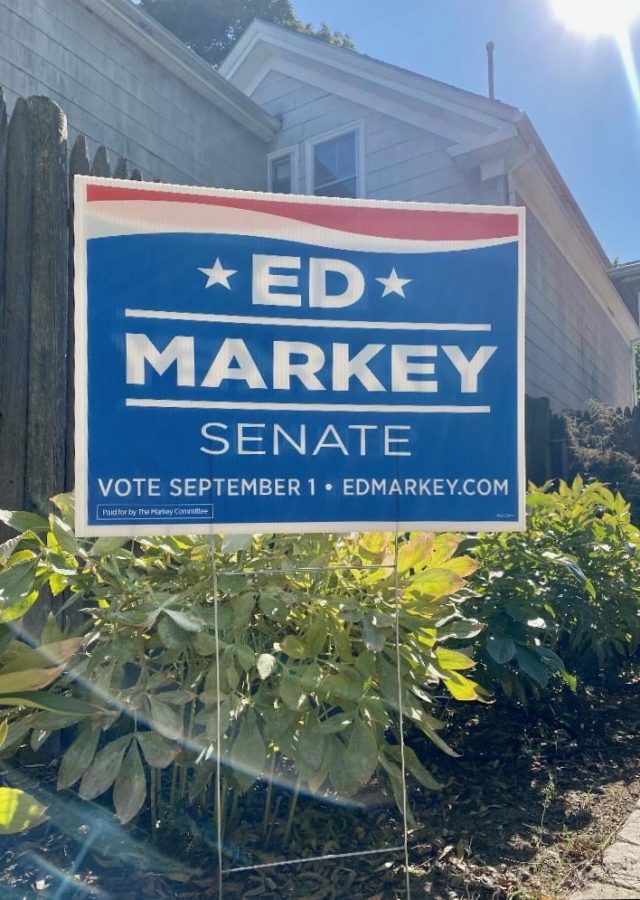 Joe Kennedy's loss in the Massachusetts senate race this year marks the first time a Kennedy has lost an election in Massachusetts.

Bush, Roosevelt, Clinton, and Kennedy. Those names are just a few of the prominent political dynasties in the history of the United States government. Each family with at least one presidency, and a myriad of positions in office. Throughout American history, political dynasties have often been compared to royalty, with a deep reverence for both the family’s credibility and political ability. Jackie Kennedy, for instance, had such a large cultural impact that she was often compared to Princess Diana. In the recent Massachusetts Senate Race, while Kennedy’s family name carried weight with undecided voters, many questioned Kennedy’s motives to run. Kennedy’s problem stemmed from the fact that he was simply unable to dictate any impactful reasons for entering the primary.

In the wake of the nearing presidential elections, Kennedy’s attempt to unseat Markey seemed like an unnecessary grab for power. There was no need for a newer, more progressive senator, especially one with almost identical views as the incumbent. However, given the Kennedy family’s reputation, many thought that the family name would grant him a significant advantage, and possibly even the win. Historically, the Kennedys have had immense success in Massachusetts. In the late 1800s, Patrick Joseph Kennedy took his first political position in the Massachusetts State Legislature, beginning the Kennedy political dynasty. In August of 2019, Joseph Kennedy III launched his campaign against the incumbent: Senator Ed Markey. Polling done at the time by Suffolk University and the Boston Globe pointed to a nine-point lead by Kennedy. Later, polling showed Kennedy leading by fourteen points. Kennedy’s lead seemed so definite that political analyst Mary Anne Marsh predicted that Kennedy would be favored to win the primaries. The Kennedys had not lost an election in Massachusetts until this fall.

Those who had not seen the Kennedys rule were less swayed by his name. Markey voters were younger progressives, whereas Kennedy voters skewed towards the older age range and lived farther outside the Boston metro area. Policy-wise, the two differed very little. When Kennedy was asked about what differentiated him from Markey, he would commonly point to age as his leading advantage. By contrast, Markey had a long history in the legislature and credibility as a consistent member of the Senate that he could reference. Markey’s humble beginnings as the son of a milkman displayed how he began his successful political career without the help of a family name.

The results of the September 1st primary contradicted the initial notion that Kennedy would sweep Massachusetts. Ed Markey, a native of Malden, Massachusetts, was first elected to the Senate in 2013. Markey’s presence in Congress as both a senator and a member of the House has lasted over four decades. Markey is the longest serving House member ever elected to the Senate. While both candidates have progressive views, Markey’s endorsement from Alexandria Ocasio-Cortez (AOC) garnered respect from a larger and more liberal voting pool. AOC, a progressive, left-leaning congresswoman, was a challenger of a popular incumbent in her own district, so it seemed odd that she was in favor of the more established senator. However, she co-wrote the Green New Deal with Markey. The authoring of the deal is one of Markey’s key points when marketing his progressive appeal. Senator Warren and environmental activist groups such as the Sunrise Movement also endorsed Markey for his advocacy about climate change. Markey’s long history of voting also exposed some of his more controversial votes, like that of the one in favor of the 1994 crime bill. This bill, written by Joe Biden, has added to the disproportionate incarceration rates of black men and women since its enactment. This may explain why Kennedy won the African American vote in Massachusetts. Nancy Pelosi, the Speaker of the House, was one of the most influential endorsers of Kennedy. Both Kennedy and Pelosi are old-guard Democrats, and it is possible their similarity as parts of political dynasties contributed to Pelosi’s endorsement.

Critics of political dynasties emphasize the issues that large amounts of generational wealth pose. Many dislike that families from these dynasties own large portfolios worth millions, while many of the people that they represent won’t see that type of money in a lifetime. Furthermore, ethical investing is not a big concern for those with large amounts of money. When Kennedy’s family history of investment in the fossil fuel industry arose, many saw Kennedy as inauthentically progressive. Up to 1.75 million dollars worth of the stocks were said to have been sold by the Kennedys in May, but the damage had already been done. The stark contrast between Markey’s Green New Deal and Kennedy’s millions in fossil fuels was a true testament to who was truly committed to the good of the people. The overwhelming amount of evidence pointing towards Markey’s dependability as an authentic representative of the people made him the preferable candidate for the people of Massachusetts in such uneasy times.