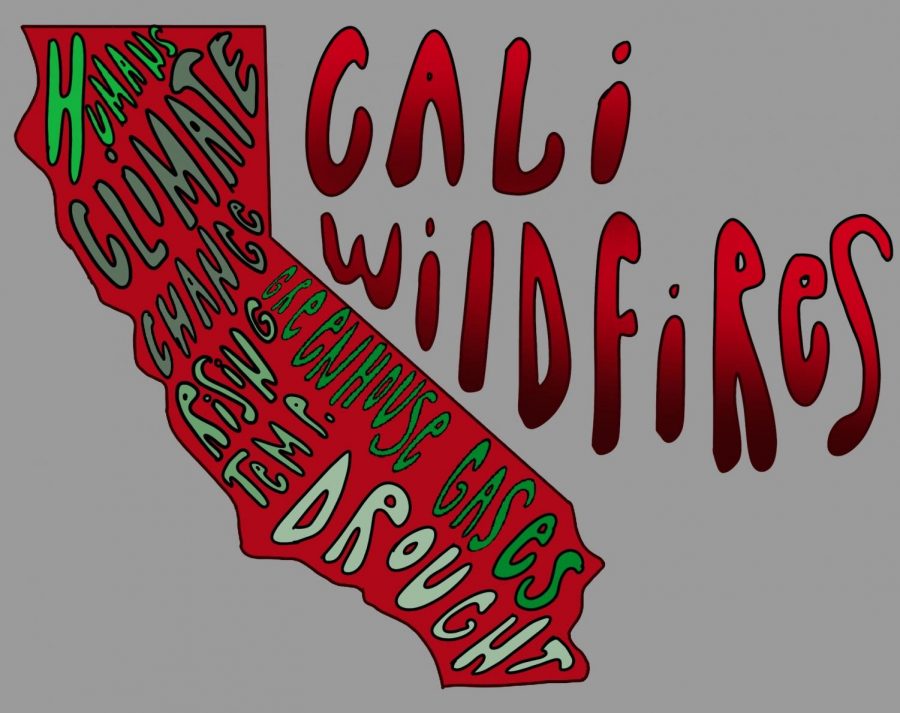 At the beginning of last month, California began to face some of the worst wildfires recorded in over 90 years. The Sacramento Bee, a local Californian newspaper, reported that during a massive mid-August thunderstorm, Northern California and the Bay Area were hit with thousands of lightning strikes, causing dozens of fires to ignite. Due to the late summer weather on the West Coast, large gusts of wind blew over the California area, causing the larger fires to erupt in size, engulfing California in flames.

The Fresno Bee, another local paper based in Fresno, CA, stated on September 22nd that the ‘Creek Fire,’ which has run through Fresno and the Madera counties, burned over 286,000 acres, with only 32% of the fire being contained. This is only one of multiple fires sprouting all around California. These fires have demolished homes, taken lives, and destroyed forests which house millions of animals throughout the state. Freshman Isaac Wedaman states, “It’s frustrating to see all these people displaced, and it’s hard to see fires around California spike throughout the years.”

While these fires continue to burn millions of acres at a high speed, a question needs to be asked: Why are these fires getting bigger and bigger each year? While thunderstorms were the main cause of this fire, studies found part of the reason for these outbreaks of flames were due to humans. CNN released an article in early September stating, “Due to human-caused climate change, temperatures are climbing higher and higher, causing vegetation to dry.” CNN later said, “Since the 1970s, California wildfires have increased in size by eight times, and the annual areas burned in California have increased over 500%.” Studies have shown that over the past 50 years, due to human acts, climate change has gotten more severe.” This conveys a true sign as to why these fires have strengthened over the years. Junior Isabel Macedo shares, “Climate change plays a role in these fires because of rising temperatures. I think the best way to slow climate change is to have legislation that limits the amount of greenhouse gasses corporations are allowed to emit.” Humans’ usage of greenhouse gases correlates directly to the strengthening of these fires in California, and they will continue to grow if the world doesn’t begin to change  the ways it functions on a daily level.

Due to climate change, the world has suffered through the warming of the oceans, the shortening of winters, and now devastating wildfires that continue to grow in size. Junior Abigail Price states, “I think a reduction to greenhouse gas emissions would help to ensure a stable climate for future generations, hopefully that’s a climate that won’t have to face such harsh effects such as these California fires.” If humans are able to come together and move away from overusing gasses which cause significant carbon emissions, the rate of wildfires each year will drop, which will help ensure the safety of future generations.