I’m Thinking of Ending Things: Male-Centric Plotline Leaves Much to Be Desired 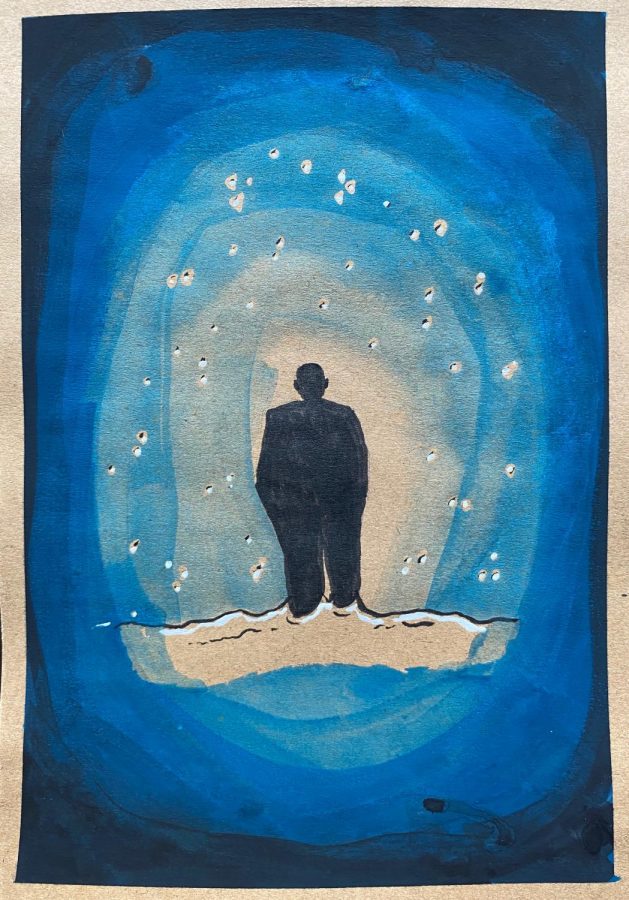 Two warnings for the reader before the review: It’s a difficult task for me to properly acknowledge my feelings about I’m Thinking of Ending Things without some plot spoilers, so if you wish to watch it with absolutely no prior knowledge of the film, I’d advise you not to read this article. Additionally, having not read the book it was adapted from (same name, by Iain Reid), I will review the movie as a standalone film.

There is good and bad to the new movie, I’m Thinking of Ending Things, which came out on Netflix in early September. The movie does well to accomplish both the point that it’s trying to make and the story that it’s trying to tell, and the acting is subtle and off-putting. The metaphors and imagery used are easy enough to grasp that, even if one doesn’t understand the full idea of the movie right away, it still draws you in enough to watch it to the end. The movie is directed and written by Charlie Kaufman (also responsible for the screenplays of other such ambiguous, mind-bending movies as Being John Malkovich and The Eternal Sunshine of the Spotless Mind).

At its best, the movie is a well-acted and carefully crafted art piece that, as stated before, uses its themes and imagery to communicate its plot in an engaging way. It was, after all, compelling enough for me to finish the whole thing, even without ever fully grasping it until after it was over. It is this careful craft that saves the movie from a terrible review.

But at worst, the film consists of 134 minutes of pretentious, male-centric, pseudo-intellectualism in which Kaufman both forcibly asserts his own knowledge of poetry, art, and other intellectual pursuits, and obstinately refuses to explain himself and his choices. He attempts to blame any of the audience’s potential confusion on their own lack of knowledge, rather than his poor skill in clarifying a plot line. Arguably, the harder the movie is to understand, the better it is for his ego. This self-aggrandizement masking a deficiency of talent is not unlike the character of the central male figure, Jake (played with skill by Jesse Plemons), so maybe it is an intentional choice. Regardless of the purpose, it is infuriating to watch.

Analysis of the character Jake leads into the next major flaw of the movie: the plot itself is male-centric while pretending not to be, and the female lead of the movie (Jessie Buckeley), serves merely as a means for Jake to explore his psyche.

At first, the phrase, “I’m thinking of ending things”, seems to be the lamenting plea of a woman unhappy in her new relationship and seeking a way out. The Netflix trailer plays into this interpretation by emphasizing the beginning of the movie, in which the audience is given a window into the mind of the woman, first called Lucy, and immediately characterizes her as the figure with which to identify and empathize. However, upon watching the actual film, about halfway through it becomes evident that Lucy has no real meaning or agency in the movie at all, despite taking up most of the script and screen time. She serves merely as a vessel through which Jake can examine what kind of woman might have saved him from a pathetic and meaningless life. This has undeniable similarities to the theme of The Eternal Sunshine of the Spotless Mind, another movie written by Kaufman in which the central male character blames the lack of the “right woman” for his shortcomings, rather than the potential (and far more likely) explanation that he is simply a mediocre person.

Throughout the movie, the central plot—wherein Lucy and Jake go to visit Jake’s parents in rural Ohio—is disrupted by seemingly incongruous shots of a janitor completing the night shift at a high school, until the two plot lines finally converge near the end of the film. One of the movie’s final scenes includes the janitor (who is, in fact, Jake) committing a frenzied suicide, stripping naked in the middle of a fierce blizzard and allowing himself to freeze to death.

Though potentially construed as a double entendre, I believe this is the real meaning of the lines “I’m thinking of ending things”: I’m thinking of ending my life. The woman’s relationship plight, the initial interpretation, serves only to draw the audience into the movie. It masquerades as being about something far more complex, and frankly more interesting, than the final, pre-suicide wanderings of an old man contemplating what kind of woman would have saved him from his pathetic life: cleaning up after high school students and caring for his aged parents as they fall prey to old age. The woman changes names, professions, and accessories as Jake flicks through all the options. She is nothing but an ephemeral fantasy, and the movie in the end is about nobody but the man.

What saves the movie is the performance by the actors and the obvious care with which the movie has been crafted. Plemons knows this is the character he is acting, and he perfectly embodies the insecure, unexceptional man hiding behind an intellectual superiority complex while simultaneously trying to be loved through pathetic acquiescence. And nothing referenced in the first half of the movie is left out of the descent into broken realism of the final half: everything is clearly tied up, and connecting the unsettling pieces together as you watch is satisfying. However, all the craft in the world cannot save the movie from the frustrating amount of time and overwrought attention it lavishes on an unremarkable man, pretending all the while that it isn’t doing exactly that.