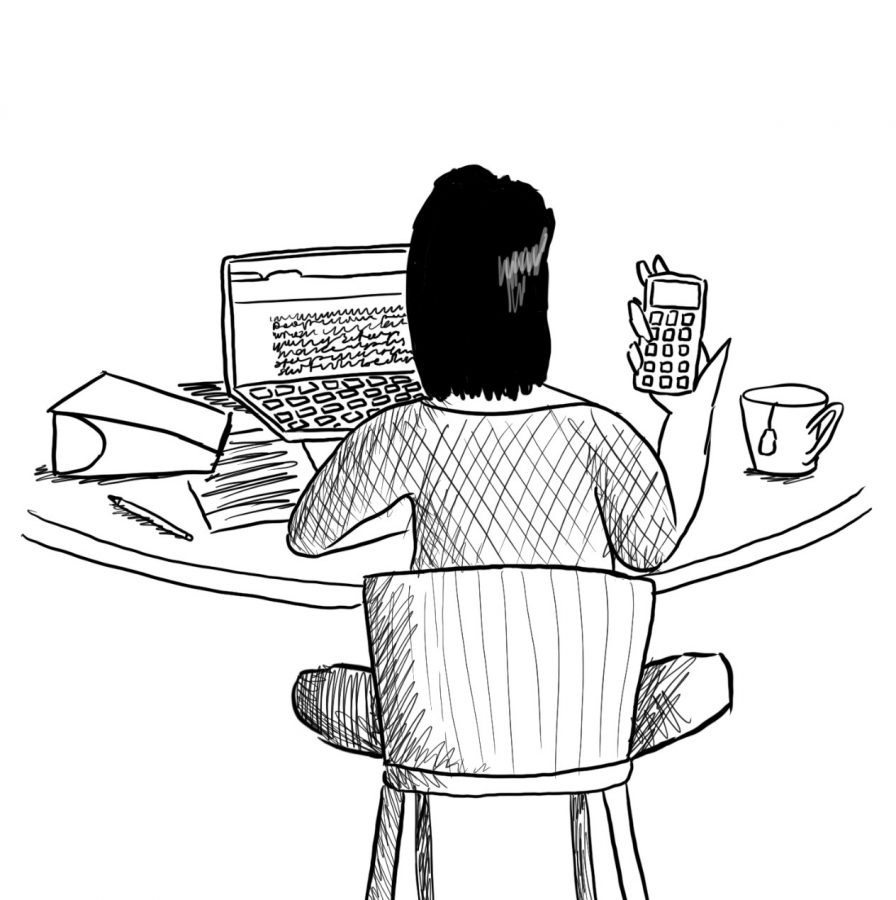 The AP exams administered by the College Board in May are an infamously stressful time of year for AP students. Occurring during a global pandemic, this already high level of stress was even greater than usual. While most mandated tests, such as the SATs, MCASs, and ACTs were cancelled completely this year to reduce the spread of the virus, the College Board made the decision to only cancel in-person testing in favor of putting all AP exams online. The exams are normally three to four hours long and test the entirety of the specific AP curriculum, however this year, they were redesigned: shortened to 45 minutes, the content abbreviated to only subject matter covered through mid-March, and moved completely online. While the decision was beneficial to students who cared to receive AP credit in preparation for college, there were practical and technological drawbacks to the redesigned online format that did not meet students’ needs.

Not only were the online AP tests stressful for students, many AP teachers were blindsided by the new testing format and how to teach it effectively. All tests were shortened, the content altered, and the grading procedure rethought. The consistent, overarching goal of each AP class is to teach students how to be successful on the exams. The new format added unnecessary pressure to teachers who were already required to move their classes online, and left students burdened by the sudden change. Many teachers were frustrated with the shortcomings and failures of the College Board. Ms. Rachel Williams-Giordano, an AP US history teacher at CRLS, told the Register Forum, “There is a disconnection between the reality of an AP student and the idea of one by College Board. If we are to provide AP students a collegiate experience, [the] College Board has to be proactive.” Another concern she expressed was the College Board’s failure to recognize the financial issues surrounding testing. Williams-Giordano expressed a prevalent concern regarding students’ financial capability and access to the technology necessary in completing the exam. She explains, “As a non-profit, [the College Board’s] main source of revenue are the exams, but if they had a proper cash reserve, they could have allowed students to do the test for free given the current circumstances.” Not all students have equal access to computers or digital resources, an issue commonly described as the “Digital Divide.” The ideology around this divide recognizes the growing need for technology in our society, and the subsequent inability for the lower class to enjoy this resource. By moving every exam online, the College Board alienated the AP students who did not have access to the necessary testing material.

Also, as the testing was digital, numerous technological problems arose in the execution of the exam, resulting in an inability to submit answers. Alejandro Hernandez, an AP Spanish teacher at CRLS, tells the Register Forum, “Students faced a very unfortunate situation this year. Amidst a pandemic … preparing remotely for an exam and later finding out you cannot submit your answers must have been very frustrating.”

The College Board did provide test retake dates in early June for any students who were unable to submit their work or take the exam on the scheduled date due to technological problems. Regardless, the issues in submission created a major inconvenience for those who were forced to retake exams, especially students who did not have access to the necessary technology required. Even for students who had the financial means to take the retakes, the technological failures of the initial tests were extremely frustrating. Imran Hussain ‘22, is an example of a student who experienced problems while taking his exam—in his case, AP Chemistry. Hussian struggled to submit the photos of his work during the test, saying, “I just felt terrible. That day I was going to go have fun and celebrate the end of my AP exams, but instead I had to sit down and think about studying for the retake.” He also shared what he knew about College Board’s attempts to rectify the issues for future tests. He shares, “they made it so that [on] the exams on May 18th and after…you would be able to submit your answers by the special email they give you at the end of the exam [rather than through the testing platform site itself].” He utilized the email submission method for the work on his retake, dubious about the effectiveness of the on-site method the College Board had originally planned.

In response to the College Board’s shortcomings, a class action lawsuit has been filed against the organization, condemning their inability to address technological issues and other concerns regarding their new methodology. While the College Board reported only 1 percent of students experiencing problems with submitting, administrators and schools reported a whopping 5-20 percent failure. Not only was the College Board dishonest about the numbers, about one fifth of AP students were unable to submit their exam. The complaint criticizes the College Board profusely; including accusations of a breach of contract, breach of the implied covenant of good faith, neglect, misrepresentation, violation of Americans with Disability Act, and many more charges. The actual lawsuit is lengthy, and includes over 105 points and 13 claims of relief. Although all of the details of the case are currently unknown, the College Board would endure a significant hit to both its reputation and finances in the case of its loss.

With all of the uncertainty surrounding the pandemic, the failings of the College Board only intensified students’ stress during this difficult time. As AP scores are set to be released in mid-July and the lawsuit will seemingly continue throughout the summer, the outcry stirred up by the technological failings of College Board through their AP exams is not yet abated.