The Cons of Cancel Culture in Quarantine 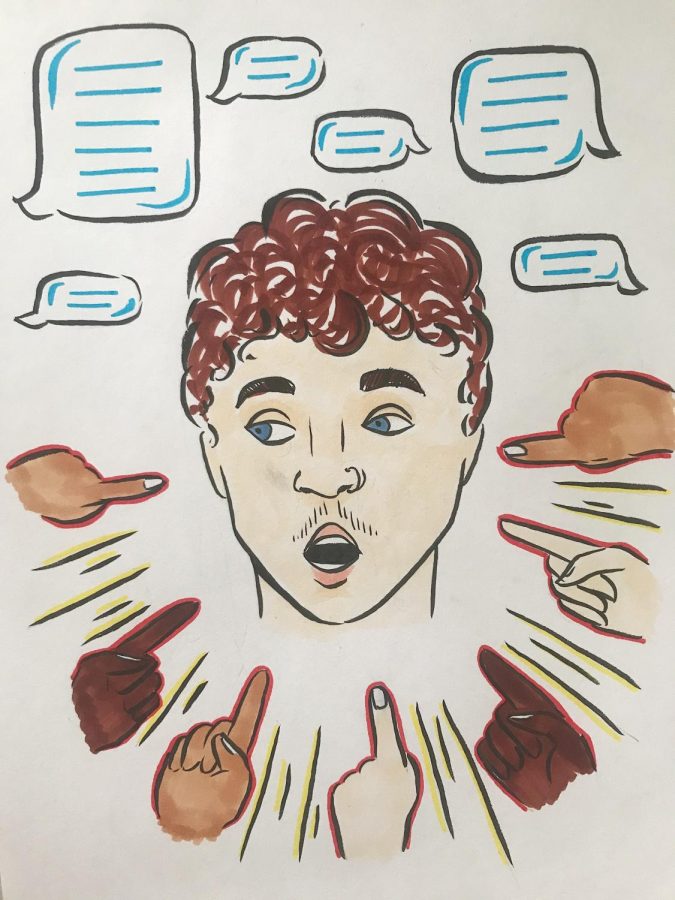 Once upon a time, people would cancel things: their Netflix subscription, a doctor’s appointment, plans on a Tuesday. However, as the world modernized, and we gained access to every detail of someone’s life, a new term emerged: cancelled. As opposed to cancelling services or dates, this word was repurposed to criticize individuals and known figures in the media.

According to the Merriam-Webster dictionary, to ‘cancel’ someone means to “stop giving support to that person.” This concept is similar to the idea of boycotting items from a company as a form of protest. Although, cancelling takes place almost completely online and on social media, and is not necessarily as effective as other forms of protest. Cancel culture has become more prominent within the last year, but it originated from the #MeToo movement and other groups as a method of denouncing public figures.

In some ways, cancel culture allows viewers to hold people or groups accountable, and even sabotage their brand if their crimes are deemed too severe. There are cases where a celebrity is accused, maybe because of resurfaced pictures that look suspicious, and lose their fame and adoration. One such case is R. Kelly, who is involved with allegations regarding sexual assault and abuse. After he was cancelled by social media, his music was taken off of Spotify, and he has since then become forgotten. His music is no longer popular, in fact, it’s considered indecent to listen to his songs. Another successful cancellation is that of Woody Allen, who supposedly sexually assaulted his own daughter, Dylan Farrow. Since then, his reputation has been tarnished, and there are not many companies that are willing to work with him, including Amazon. Cancel culture builds itself off a snowball effect. Once someone is deemed unseemly, others avoid being associated with them, which leads to more issues, until they are left with no one to turn to. While it seems like cancel culture is a powerful tool, it is not always permanent. There are times when an icon faces backlash for an inappropriate comment or ignorance that translates to racism. Then, after a week or so of tension, things cool down, and the icon in question is no longer in hot water. Music artists Cardi B and Nicki Minaj have both been accused of making transphobic and homophobic comments in the past, yet they’re still relevant and making music. This is not to say that their actions are on the same level as R. Kelly’s and Woody Allen’s, but there are definitely some people who are immune to cancel culture, depending on their popularity, which is a rather hypocritical notion.

As for the trending of cancel culture, there are numerous issues present. As we reach almost three months in quarantine, the longing for human interaction has caused people to turn towards social media and the internet. If someone can’t hug their friend, they can at least FaceTime them and send them a few memes. However, in an age where cyberbullying is still prevalent, it should be no surprise that people are also becoming meaner online. In an Insider interview with psychologist Karen North, she discussed the mental effects that cancel culture propagates. “The appeal of angry activities online is probably amplified by people’s frustration and misery in today’s environment.” Dr. North also notes the fact that fans are used to seeing many different parts of their favorite celebrity, even personal things, which fosters a false sense of intimacy. So, when these celebrities are revealed doing or saying something inappropriate, these same fans feel validated in calling them out, and their negative feelings are encouraged by countless others who feel the same way.

To shed further light on the cons of cancel culture, the mob mentality that is prevalent  on social media can be detrimental if users do not actually know what they are protesting against. Kurtis Conner, a famous YouTuber, recently made a video on how he was accidentally canceled. Conner usually started his videos with a happy introduction, which he forgot to do in one of his previous videos. As a joke, one of his fans started the #KurtisConnerIsOverParty on Twitter, but one thing led to another, and the hashtag became trending. In his video, Conner read a few of the tweets that accompanied the hashtag, and there were multiple situations where the individual did not even know what Conner allegedly did, but they still retweeted. For example, one such user tweeted, “I don’t know who this man is, but stan the cast of outer banks instead.”

Cancel culture has always been controversial and problematic, but it seems as though quarantine is causing people to post first, and think second. With so many people on social media these days, and the influence that each comment has, nothing is truly private. No group should have that much power over another person, and the idea of cancel culture sounds beneficial, but it is being misused. There are public figures who need to be canceled, but there are also those who are learning from their mistakes, and they don’t need a million people throwing the past back in their face. The internet can be a dark place, there is no need to make things worse by cancelling.