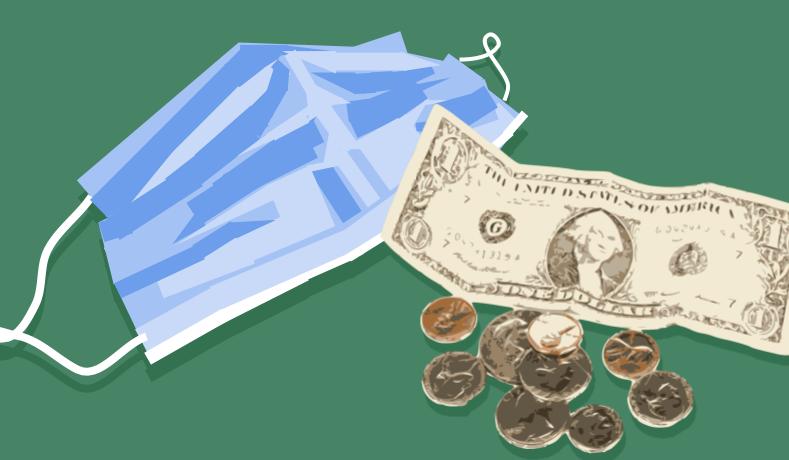 COVID-19 has not only shut down the country, but it has also revealed truths about the structural inequalities and severe class issues in the United States. Class divides show that coronavirus is not affecting communities equally, and while the class divide was prevalent before the pandemic, the virus has led to the death of many in the lower class due to the nation’s economic inequality. While more affluent communities enjoy privileges such as easily socially distanced suburban housing with yards and ample space, many poorer neighborhoods consist of apartment buildings or tightly packed housing, causing difficulties for those trying to effectively distance themselves. Wealthier communities also typically have easy access to both testing and healthcare, while poorer communities are left without the facilities necessary in containing the virus. Free testing and health clinics are still not widely available in America, which has led to an increased rate of infection in these communities.

Due to low-income communities being predominantly populated by minorities, the black and latino death rate is significantly higher than the white and Asian death rate. For example, in New York City, the hardest hit city in America, 27% of residents in poor neighborhoods tested positive for COVID-19 antibodies, while only 19.9% of the general population had the same result. Predominantly black and latino neighborhoods in New York City had an 81% higher hospitalization rate than the average rate in the rest of the city. Even though minority cases outnumber white cases, the actual number of cases is unknown due to the lack of access to testing in poor communities. One of the initial nation-wide testing strategies was drive-by testing, which quickly proved to be unsuccessful for the people who do not own cars. Instead of drive-by testing, a door-to-door method could have been arranged, which would not alienate those without cars. Not only is the government’s lack of assistance detrimental to the public health of these communities, it is a strong example of systemic racism. Black and brown neighborhoods are being overlooked, which results in a disproportionate infection rate. The federal government’s lack of care and initiative for the public health of the lower class proves how the system is inherently unequal.

Economic inequality is not new in America, and it is still growing, yet it still takes a pandemic to uncover how unjust our system truly is. The economic fallout has left millions jobless and some without a home. For the middle and upper class, going to work isn’t always a choice, however in the case of a pandemic; it’s not the end of the world to miss a couple months of work, or work from home. However, for the lower class, an absent day at work is a missing meal. Having a job and going to work is a necessity for the majority of Americans, and the pandemic is debilitating poor people even further. Not only does the virus put the lower class at an economic low-point, their resources for fighting sickness are not sufficient.

Methods to contain and protect against the virus, outlined by the CDC and enforced by the US government, are simply impossible for millions of Americans. One of the guidelines in preventing the spread of virus is to constantly wash your handsー what about cities like Flint, Michigan, without clean water? Another guideline is to wear a mask at all timesー what about those who do not have access to effective face coverings? Although there are various charity groups that provide masks and support to the lower class, it is not enough. The burden of keeping millions of people alive should not be the responsibility of nonprofits, it should be the responsibility of the government. In the wake of the pandemic, the United States must do more to change the twisted class inequalities that plague the lower class.