Trump, COVID-19, and the Media: A Complicated Affair 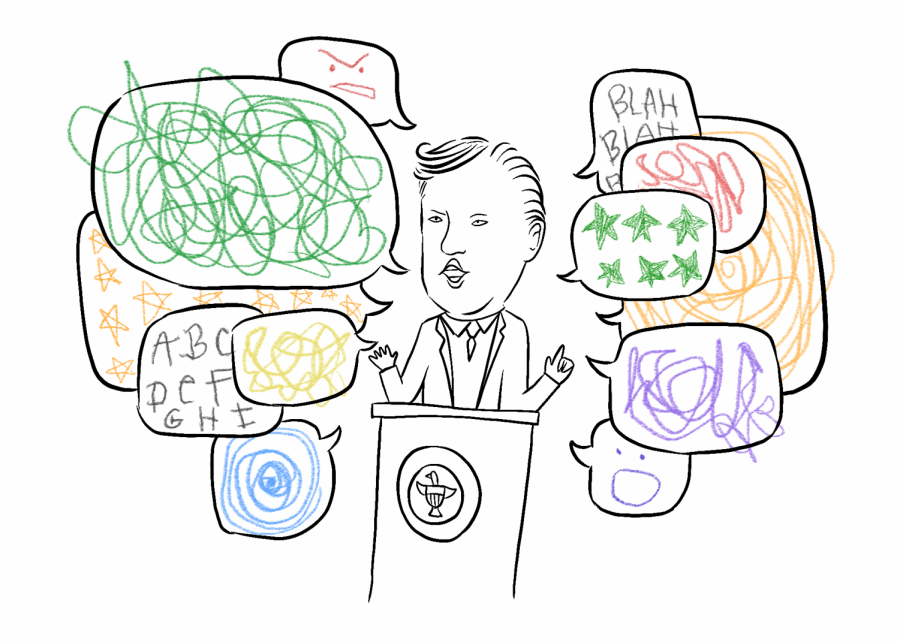 For both supporters and opposers of Donald Trump, his presidency has been everything but uniform. His supporters love the lack of uniformity, believing it shows that he is not just a ‘Washington elitist’ while his opposition despises it, feeling that Trump has turned the presidency into a circus. Regardless of where you stand, Trump’s presidency has changed the landscape of American politics, and the easiest place to find evidence of that fact is within the media.

The media, for the better part of the 243 years that the United States has been a country, has been the ultimate check on the government’s power. The First Amendment, the backbone that America stands on, allows the press to report on whatever they want, no matter how detrimental it could be to the country. The media played an integral role in bringing about support for the Civil Rights movement, in mobilizing support against the Vietnam War, and in exposing the corruption of the Nixon administration. However, over the four years of the Trump presidency, a press corps that used to be able to turn the tides of the country has simply turned into a documentation of merely what Trump says, rather than the actions of his administration.

For three and a half years, the media’s reporting on Trump did not bother me. I was entertained when watching him spew nonsense and baseless information, and I enjoyed the hours the media would spend analyzing and replaying Trump’s speeches—but when COVID-19 started to erupt all over the globe, the media’s reporting on Trump continued to focus on his words, rather than the virus. For the last two months, the top stories on Trump have been about how he said that disinfectants, such as Lysol, could potentially eradicate the virus (a baseless claim) and his Twitter battles with governors over the handling of the virus. While these stories are interesting and get a lot of attention, they give almost no real information on what the government is doing to try and fight the virus, leaving many Americans with a lack of information about the state of the country.

During the COVID-19 outbreak, the Trump administration has failed at almost every turn, and if the media decided to focus on that fact, perhaps people would understand the missteps of their own government. The failures started on January 31st, when Trump banned travel from China. The decision was the correct one, as it slowed down the introduction of the coronavirus to the United States, but it gave Trump a false boost of confidence that since he had done one thing correctly, he had done everything else correctly too. For the next three months, Trump touted the success of the ban on China, even as the number of cases and deaths grew higher, which led to the next failure of the Trump administration: testing.

From the beginning of the COVID-19 outbreak, every epidemiologist in the world has stressed the need for testing. If a country’s testing regiment becomes strong enough, the belief goes that the country will be able to keep tabs on the spread of the virus, and shut down places where it peaks again. As epidemiologist Jeffery Martin put it, “The only way that a society can function is if the brush fires are identified and put out.” Yet in America, two months into a lockdown that has shut down most of the country, our testing is far behind, and our “brush fire” has run rampant. The Trump administration was insistent on America creating their own test as opposed to taking the one that the WHO had been distributing, so the CDC started to send out tests in early February, with one caveat: They were faulty. In all, it took about a month for the US to fully develop and start sending out reliable tests, leaving the US struggling to catch up in its fight against the virus.

While the media replays clips of Trump saying that the virus “will disappear” and broadcasts his every move, people are getting sick and dying due to the actions—not the words—of the Trump administration. Had any other president been in office right now, the failures in testing and the astronomical death rate in America would be the sole story. Newspapers across the country should be reporting on the failures of the president that endanger the lives of all Americans, not merely the baffling words he tweets. That coverage is the duty of the press, and it is what Americans deserve.