The Importance of Hope 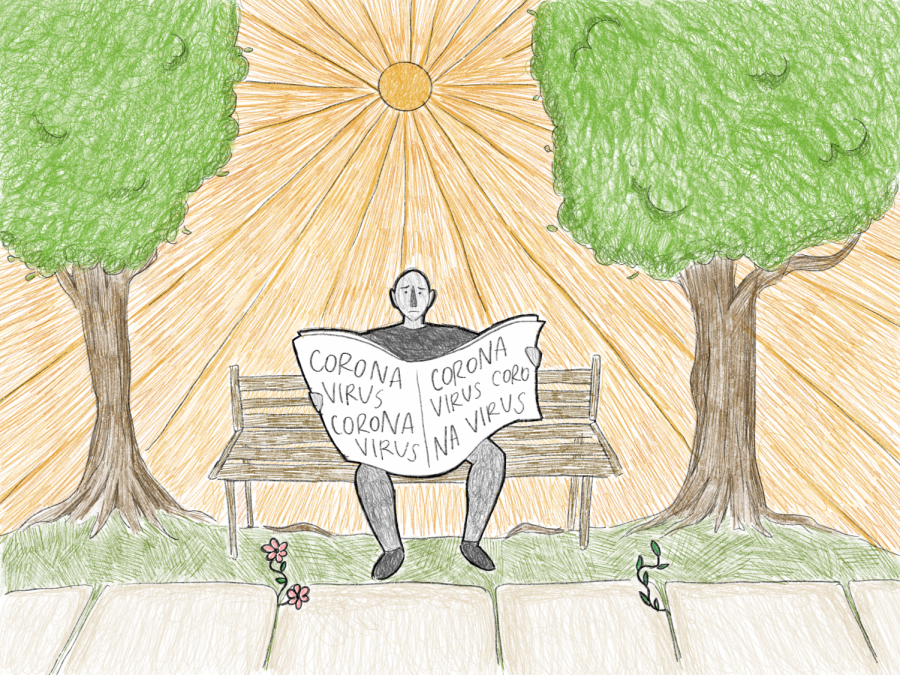 Isolated—alone if not lonely, battered by a storm of foreboding news—it is easy to lose hope these days. Some say hope is a dangerous thing but, on the contrary, it is a way to survive, and an imperative force to hold tight to.

You certainly aren’t alone if you have been feeling a distinct loss of hope as of late. Many of our days are burdened by paradox, in more ways than one. May, at least for seniors, is traditionally a time of relief, joy, excitement, and celebration. This year, of course, is different. As we imagine ourselves taking flight, gaining independence, it is difficult to ignore how incredibly stuck we are. On top of this, many of us are about to embark on educational journeys in hopes of creating change, but how can we be so forward-looking when so much is going wrong right now, everything piling on top of each other like a suffocating avalanche of bad news? Such is the roller coaster of quarantine-induced emotion.

When we feel adrift or powerless, it is important to remind ourselves that fear of a static world full of futile effort only deepens the furrows of our brows—only continues to make us feel smaller and smaller. Emily Dickinson once famously said that “hope is the thing with feathers.” Hope has the singular power to lift us high from however low we find ourselves.

While many point to injustice and anger as driving forces of change, they are merely instigators, for without hope, people would see no point in acting upon their anger—no point in fighting back against injustice. Thinking of those changemakers before us, and those on the frontline of the fight right now, the unifying feature amongst activists throughout history has been a tireless loyalty to hope itself.

In the 16th century, Martin Luther—famous for his 95 theses which served as a catalyst for the Protestant Reformation—once said, “Everything that is done in the world is done by hope.” Hope is not to be confused with optimism. It is not passive, but requires vigilance and agency to maintain and utilize. The sheer power of hope was recognized by Martin Luther, and has been echoed in the centuries since.

Hope transcends movements, compelling leaders from Nelson Mandela to Rachel Carson, Malala Yousafzai to Greta Thunberg. These activists differ in the matter of their fight, but all were driven by hope, seeking change. When feeling trapped, wronged, or crushed, the only way out of that is by galvanizing hope in pursuit of better.

These days, we may each be fighting smaller fights, like concentrating on the work we are doing—which can feel pointless—and keeping at bay the fear of our families getting sick or making ends meet. While these are personal pursuits, they are no less valid, and no less in need of hope. Rather than shrinking into ourselves, it is important to remember that there is a world larger than ourselves. A world which has persevered for quite literally billions of years. We cannot tell each other what to hope for or even how to hope—that is something we must figure out on our own. Regardless, finding that hope will pull us through this time.

In order to believe that this pandemic—so full of worry and precarious days on shaky ground—will be over, we must understand hope and take it as our own. What is a sign of normalcy for you? Is it the blossoming of the crab apples down the street? Is it the sound of passing buses in the night? Grab hold of the blossoms and the buses—that’s it! There is your ticket to better days. Trust that we will persevere, as ever. Robert Frost once said, “Hope is not found in a way out, but a way through.”