The Register Forum • May 26, 2020 • https://registerforum.org/11804/news/around-school/crls-students-who-were-grocery-store-employees-pre-pandemic-now-essential-workers/ 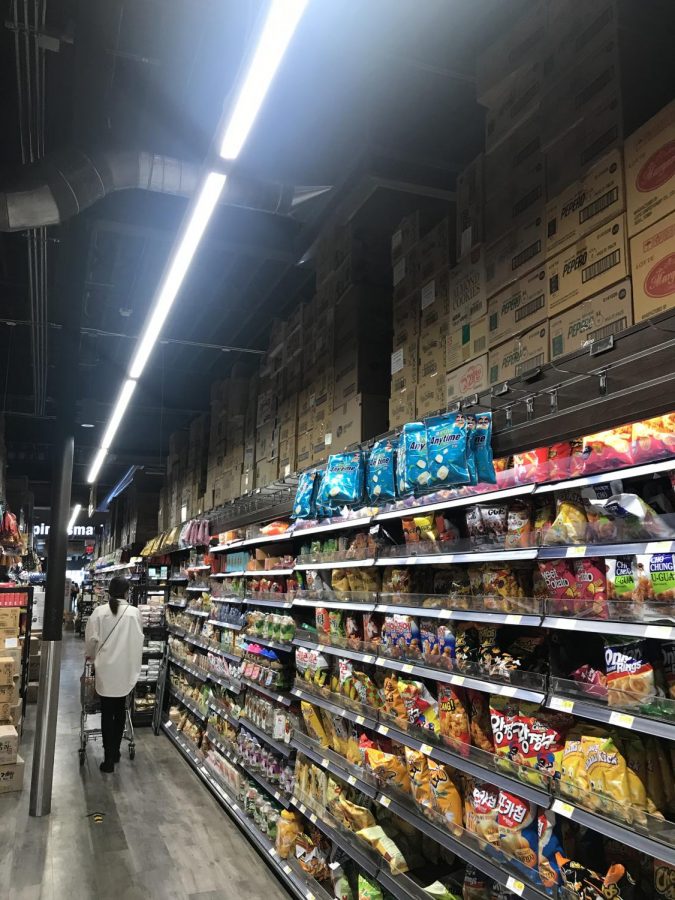 Some CRLS students that are working as grocery store employees have to choose between earning money and their health.

While many CRLS students and their families are stuck at home all day during these times, there are some students who, in many cases, are having more interaction with strangers than they did before this pandemic: grocery store employees. Working at a grocery store is a common job for high school students, but in recent weeks, these students have gone from average teenagers wanting to make a little extra money to essential workers with unique perspectives into the coronavirus outbreak.

The CRLS students who have continued to work at a variety of local grocery stores are often doing it to earn money and save for large expenses like college, to keep busy and get out of the house, or to just lend a hand in places where help is needed; but those who worked at the beginning of the pandemic have now stopped, largely out of concern for their families. Jack Tierney ’20, like several CRLS students, works at the Star Market on Mount Auburn Street. He wrote in an email to the Register Forum that he decided to continue working because “I knew people would start to call out of work due to fear of contracting the virus and they would need all the help they could get. I also wanted to keep myself busy while school was canceled.” However, Tierney lives with his grandmother, and as the virus worsened, his parents became concerned that he could infect her, and so asked him to stop working.

At Star Market, a whole host of new safety procedures have been implemented to protect employees and curb the spread of the virus. Everyone who enters the store is required to wear a mask, employees must wear gloves at all times, and all registers and self-checkout machines are sanitized every five to ten minutes. Also, there are now plexiglass windows at registers, only 70 customers are allowed in the store at one time, and customers are advised to walk only in one direction through the aisles.

For Jaadyyah Shearrion ’20, who has worked at Star Market for almost two years and has been working around 30 hours a week since the pandemic started, these new protocols have only been one of the many changes she’s experienced at her job. Before the coronavirus hit, she worked as a customer service clerk, but until recently, all Star Markets across the country had stopped running their service desks so that they could devote personnel to getting people out of the store as quickly as possible. Now, Shearrion is mainly bagging and ringing up groceries as well as watching the self-checkout machines, which she says is a faster-paced job than her typical one.

Other students noted that their interactions with customers have changed. Jonathan Phytrion ’20, who also works at Star Market on Mount Auburn, says that while most of his job is the same, he has had to figure out how to best help customers when he can’t get near them. He now waves at them to get their attention since he cannot smile or get within six feet of them.

There are some paranoid customers who at times don’t comply with the rules we have set up to keep people safe,” wrote Dante Fiorillo-Lensch ’20, who works at Pemberton Farms Marketplace, in an email to the Register Forum. He continued, “Tensions can rise quickly in some situations, but for the most part, people are complying and being as friendly as usual.”

Many people across the country are expressing increased gratitude towards grocery store employees, and some are going as far as to say that these workers are heroes for putting themselves at risk to ensure that others have access to food. The CRLS students working at grocery stores have noticed this support, and for the most part, have appreciated it. “It felt good to be recognized and appreciated for the hard work you have put in during a very stressful time,” said Tierney. “The praises have made me realize that my job is important and I am helping a lot of people by being there and working.” Others feel like they are not heroes any more than they normally would be. Fiorillo-Lensch emphasized that “if all essential workers are heroes now, then they are always heroes.” He said that the gratitude “works both ways” because he is “thankful to have a job right now” and that “everyone is really a hero for doing their job, anyways.”

But many students also felt uncomfortable being called heroes. For one, some don’t feel like they are putting themselves at that much risk. Phytrion said he is “not really stressed about the whole pandemic”; in 2012, he witnessed the cholera outbreak in Haiti that lasted from 2010 until 2019, which he explained as being able to “kill someone in a matter of hours if they don’t get help immediately. This one was a very scary one, [so] I think I’ve probably seen worse [than the coronavirus].” And for another, many noted that there were others out there who deserved to be called heroes more than they did. “It’s very strange. I feel like that thanks should be going to …  the people who are actually in dangerous situations, like doctors, nurses, EMTs, police officers,” stated Shearrion. Phytrion agreed, saying that these comments give him and other grocery store employees “too much credit, because compared to some others, it’s not enough what I’m doing.”