A Look Back at “Groundhog Day,” A Film That Doesn’t Seem Too Bizarre Anymore 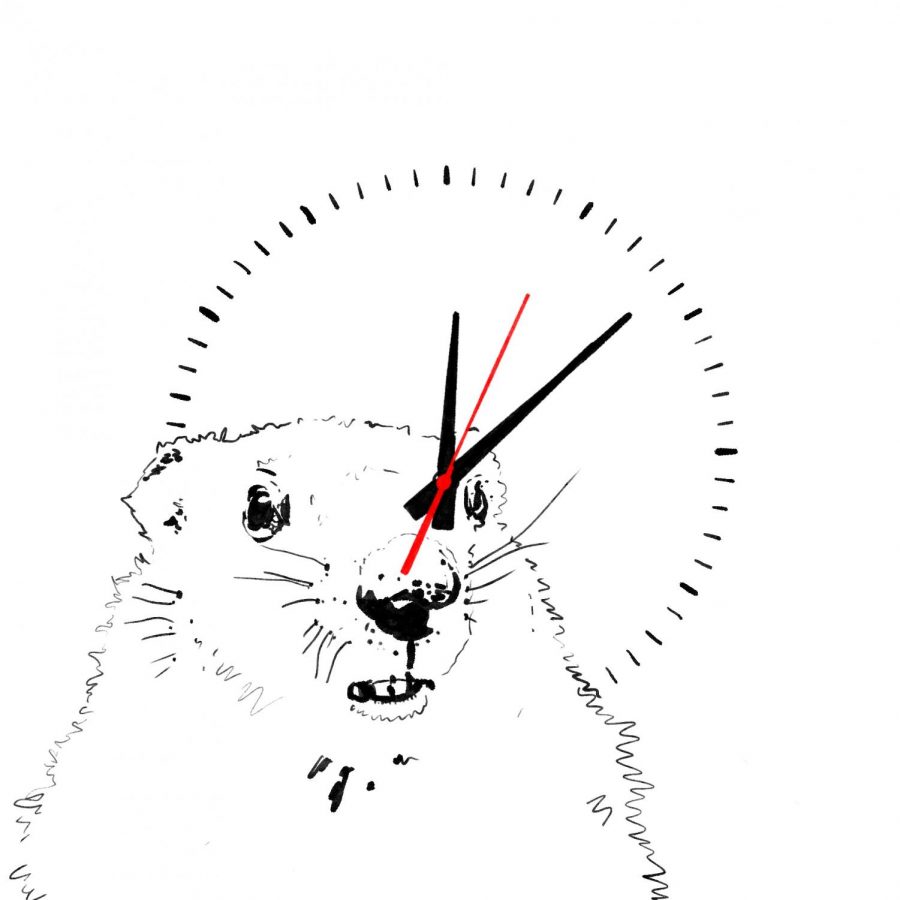 Are you waking up each day only to relive the day before? Has your life blurred away from reality and into the song that never ends… oh, yes it does go on and on my friend. The movie Groundhog Day is a classic, predictable, romantic comedy, too fantastical to be relatable. Add to that the subtle science fiction element of a time loop and it becomes a funny “what-if” scenario at best. Still, right now, our lives have morphed into a state in which Groundhog Day is an incredibly relatable, apt film.

Disenchanted TV weather reporter Phil Connors (Bill Murray) ventures off with his network to report on Groundhog Day in the small town of Punxsutawney, a task he meets with minimal enthusiasm. Phil grunts and groans his way through his work with the overarching goal of just getting through the assignment and back home until he finds out he can’t go home. Having predicted a storm’s trajectory incorrectly, Phil and the team are stranded in Punxsutawney for “one more night.” Suddenly, Phil’s alarm radio sounds with the same exact tunes as the day before, and everyone recites the same phrases as the day before, why, in fact it is the day before.

While yes, there are a number of movies with similar themes of pertinent redundancy—The 12 Dates of Christmas, The Fare, Mine Games, The Last Day of Summer, —Groundhog Day is credited with inspiring such films that came out decades after it and is to this day one of the most popular and frequently referenced movies of this type.

As Phil relives the same day on repeat he realizes his romantic interest in his coworker Rita (Andie MacDowell) and eventually works towards gaining her respect and eventual love. Regardless of how many days went by, love wins in the end because Phil learns that it is worth trying for, fighting for, and changing himself for.

If there ever were a time for this movie it would be now. Although it arguably feeds into Hollywood’s idealistic, romantic, happily-ever-after-BS (spoiler alert) all that is cast aside by its sheer current relatability. The parallels between the movie and our lives are more astonishing the longer you look at it. While we may be cooped up in our houses and not exploring the Groundhog Day festivities as Phil is, our daily stumble out of bed is his daily squelch into a slush-filled pothole. Our overly-peppy relative at home who greets us too early with too big of a smile and too much volume in their voice is our equivalent of Phil’s “daily” interaction with a fellow guest at the inn, too enthusiastic about the Groundhog Day celebrations for Phil’s liking.

The difference between our current experience and Phil’s is this: instead of putting his life on hold, or stopping everything, and embracing the time paralysis, he eventually seizes the opportunity, the gift of more time, to make himself a man deserving of the woman he wants to be with. While we all mope around selfishly, complaining of the mundane life that has consumed us since our days became the same day on repeat, Phil Connors reflected, problem-solved, and realized his dreams. And if Phil Connors, an unmotivated, grumpy, old weatherman can do it, so can we.