The Genius of Jacob Collier 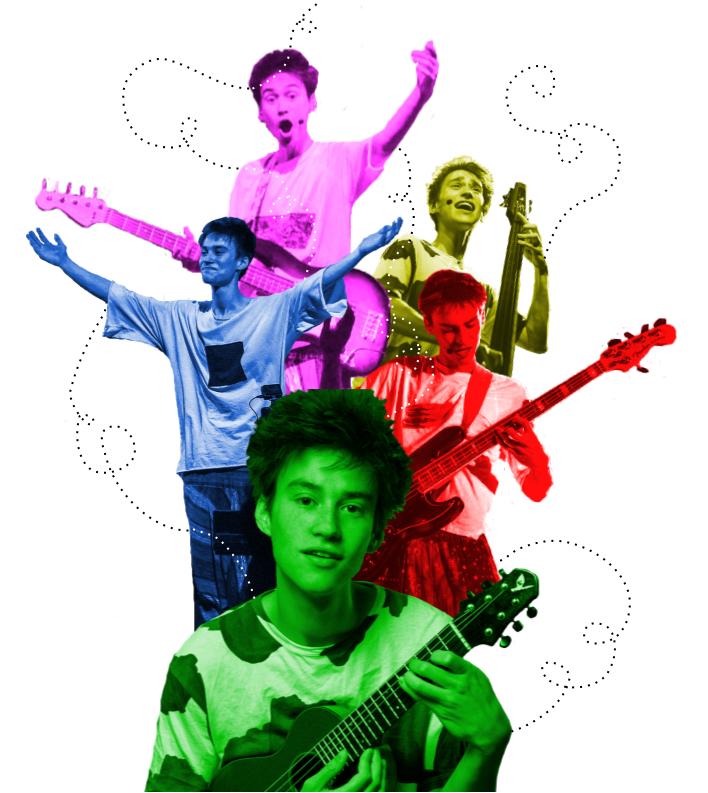 Jacob Collier has taught himself how to play over eight instruments.

How many times have you heard the name “Mozart” in the past month? How many times have you heard a Jimi Hendrix guitar solo in the past year? What about Prince’s prominent “Purple Rain”? You might recognize that most would call these people musical geniuses, or even musical prodigies. Well, it’s time to add a new name to that list: Jacob Collier. Let me guess, you’ve never heard of him? Allow me to introduce you to the newest music-changing figure.

Let me start off by saying that you will never be able to understand the genius of Jacob Collier until you listen to one of his arrangements. Collier is a 25-year-old singer, arranger, composer, and multi-instrumentalist from London. His artistic ability is impossible to classify—he fuses elements of jazz, a cappella singing, electronic music, classical, and other influences into his own, unique sound. He is not just a master of one thing, but of many— harmonization, instruments, and improvisation. Collier taught himself to play every instrument that he could find as a child, including the piano, double bass, guitar, bass guitar, drums, melodica, mandolin, ukulele, and harpejji. But while Collier’s instrumental ability is spectacular, his voice is always what stands out the most. Collier has a voice like no other, with an impeccable range of more than two octaves. He can divide an interval into an arbitrary number of units and sing them accurately like it’s no big deal. But to what does he owe all this expertise? The answer to that, which can be strange to non-musicians, is his incredible ear.

Collier can do the majority of his musical masterpieces because of his talent to hear sound in a way that no one else can. Collier has perfect pitch—a rare musical ability to sing and recognize musical notes without a reference pitch. Collier can also, as previously mentioned, recognize micro-tones—intervals smaller than a semitone, or the pitches between the cracks of two piano keys. His ear abilities have caused his music to be both creative and mind-blowing, as he has even started to create his own musical theories and ideas.

If you aren’t already shocked by Collier’s musical ability, what makes him even more impressive is the fact that Collier is an autodidact—he is completely self-taught. Besides vocal lessons from age eight to thirteen and taking part in a few choruses, he has learned to play the instruments and to create arrangements on his own.

Collier won two Grammy Awards in 2017 for his arrangements of “Flintstones” and “You And I.” These arrangements, and in fact all of his pieces from his debut album In My Room, were, hence the name, created in his family home in London. He uses online production programs, his voice, and his instruments to create the wonderful sound in each piece. In 2018, Collier began working on Djesse, a four-volume album with more than two dozen artists and ensembles. In January 2020, Collier won two more Grammy Awards for his arrangements of “All Night Long” on Djesse Vol. 1 and “Moon River” on Djesse Vol. 2, and let me remind you: he is only 25 years old.

Jacob Collier has built a small community of those who know him and spread his powerful talent to others. But we must give this prodigy the attention he deserves; we must make those who are in the “know” not just a small community, but the whole world. He has taught his viewers to learn what music makes you feel, not what it makes you know. The more hours you spend researching Collier, the more you will be inspired and shocked. I urge you to open a new tab, wherever you are viewing this, and search Jacob Collier. Listen to the first thing that pops up. I guarantee you will be amazed.