Breaking with Recent Patterns of the Genre, “The Invisible Man” Turns Away From Cheesy Horror 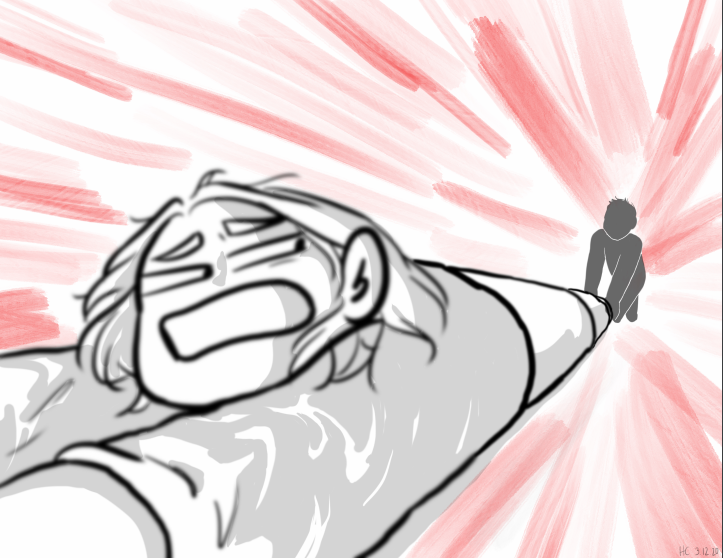 One of the most common problems in the horror movie market today seems to be an over-reliance on spectacle. In a film like 2018 The Mummy (2018), the last Universal Monster franchise to be rebooted for modern audiences, the final conflict more resembles a superhero movie than its own eerie ancestors. This is a far departure from the classics of the genre, lacking much of the subtlety needed to really make people sink into their seats. As these “popcorn horror movies” are turned out at regular intervals, the term “horror movie” in recent years has become synonymous with bad effects and even less believable performances. These recent tropes of the genre seem to be recognized by the producers of new Blumhouse production The Invisible Man, as the film offers something sorely lacking at the theater in 2020—a refreshing shift away from spectacle and a return to the days of haunting suspense.

Cecilia (Elizabeth Moss) begins the first scene of the film escaping the clutches of her controlling partner, millionaire optics developer Adrian (Oliver Jackson-Cohen). Both during and after her exodus from his ominously expansive estate, it becomes evident that Adrian’s controlling behavior has reduced Cecilia to a state of constant paranoia, as she feels the eyes of her former abuser follow her day and night. Afraid to leave the comfort of her safe-house, part of a witness protection program set up by police officer James (Aldis Hodge), Cecilia’s fears should have disappeared with the discovery that Adrian has supposedly committed suicide, blaming his decision on her for not accepting his love. However, this does little to calm Cecilia’s worries, as she believes that, somehow, her violent ex is still exacting his revenge from beyond the grave in a shapeless form that she can’t see—an invisible man.

Despite the fact that the movie sets itself up for grisly violence perpetrated by an undetectable stalker, many of the most stomach-churning scenes of the film don’t come from any source of gore, but instead from the disbelief Cecilia faces while trying to convince others she isn’t crazy. As she is haunted by someone not even she can see, those close to Cecilia seem to believe she’s making it up as she goes, having been driven mad by her looming imagination. As the audience, your attention winds up divided between searching the corners of the frame and solving the mystery yourself before the movie can reveal the truth. One of the few places the film slips up is by giving a distinct answer to the validity of her experiences, leaving little room for the audience to distrust Cecilia’s mental state.

In order to retell H. G. Wells’ iconic story in the 21st century, Blumhouse Productions needed to craft a new perspective if they wanted to keep the story fresh in today’s saturated market of sloppy horror movies. By flipping the original story of a man who begins to disappear into one about a woman’s stalking by her invisible abuser, the story takes on a new life. Many of the sudden, visceral exchanges in this film work because they play off your expectations from other similar films, almost predicting what the audience is thinking and when. For a film about a titular man you can’t see coming, the tension is appropriately thick enough to cut with a knife, as you don’t have a single moment free from scanning every inch of the frame, waiting for what you won’t see coming.