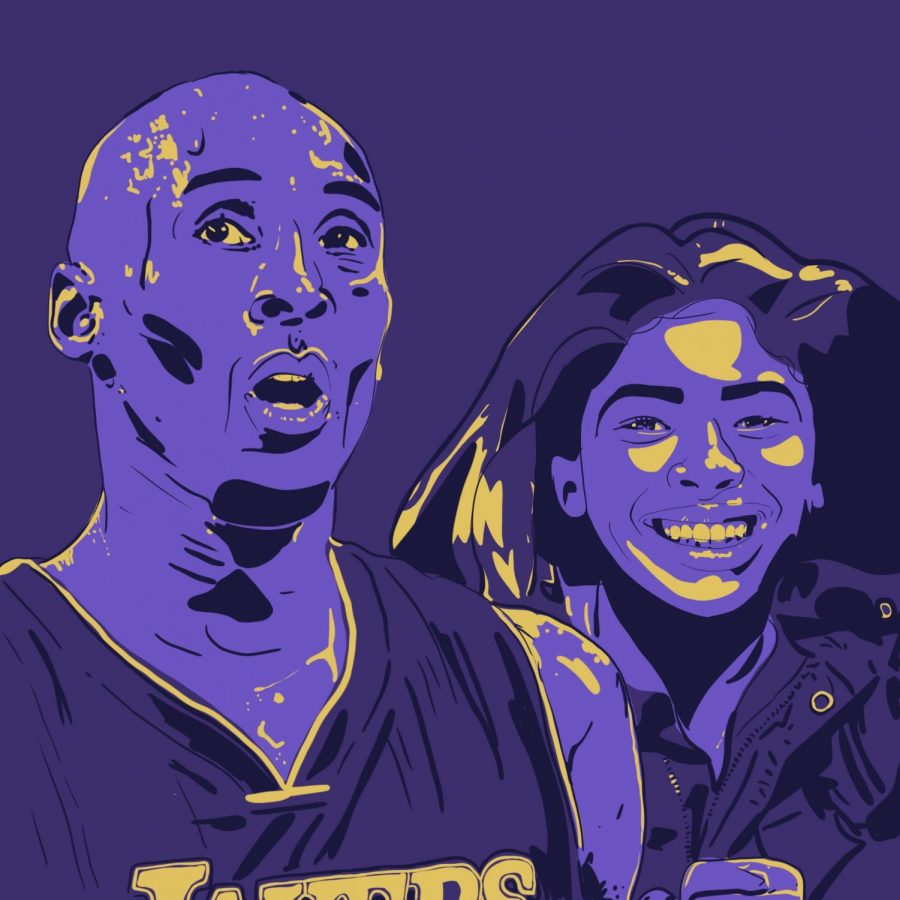 Kobe Bryant and his daughter, Gianna, died in a fatal helicopter crash on January 26th.

Every so often, the death of a celebrity seems to stop the world. When Michael Jackson died in 2009, people around the globe watched the news in shock. When Prince died in 2016, the world stopped in its tracks. Yet, the deaths of both Prince and Michael Jackson did not resonate as much with the younger generations as they did with Generation X. Present-day teenagers were not alive to see either of them at their peaks, so their deaths didn’t have the same impact. Unlike those two celebrities, many young people grew up watching Kobe Bryant, one of the greatest basketball players of all time. On January 26th, when news started to spread that a helicopter crash had killed the Lakers star of twenty years, who embodied hard work and grit, as well as his daughter, Gianna Bryant, many couldn’t believe what they were hearing. Kobe was not only a great basketball player, but he was also this generation’s Michael Jordan. Those born in the 1990s and 2000s grew up yelling “Kobe” while shooting a piece of paper into the trash can and witnessing highlights where he scored 81 points in one game (the second-highest number of points made in a game of all time). In many people’s minds, there was no way he could have died.

And yet, as more and more news was reported, it became clear that one of the most impactful athletes of this century had passed away. Bryant, his daughter Gianna, and seven other people perished in a helicopter crash caused by poor weather conditions. Around the world, people mourned their death. “Obviously, I never knew Kobe Bryant personally,” says Joey Attallah ’20. “But the impact that he had on everybody else, like seeing videos of people crying and reacting to his death, kind of made me sick to my stomach.” Like Attallah, many CRLS students were struck by the death of Kobe, regardless of the fact that they had never met him. For many, the death of Kobe, Gianna, and seven others served as a reminder of the fragility of life. “It was crazy,” said CJ Dupont ’21, “I didn’t believe it at first. He was only 41, and his daughter was only 13. It just made me realize that life is too short.”

While Kobe will be most remembered for his accomplishments on the court, his impact off the court kept him in the spotlight even after his 2016 retirement. He prided himself on improving youth sports and was an advocate for the Women’s National Basketball Association (WNBA). Because of his work, Kobe was a respected figure, even by people who did not like him as a player. Gelle Sulleyman ’21, a student who despised Kobe as a basketball player when he was playing for the Lakers, explained, “Kobe was a player that I always hated, but always had respect for. To hear he died in a helicopter crash did not seem real, and I was heartbroken by all of the stories about his impact that came out after the crash.”

Players, coaches, and fans of basketball were devastated by the news, yet even those who had never watched Kobe play still felt affected by the tragedy. Phia Teller, a junior who had never watched the Lakers, said, “The whole tragedy made me sad because his daughter died too, and I know that was hard for his entire family. Regardless of who he was, a helicopter crash that kills nine people is a tragedy.”