CRLS’s Top Stories of the Decade 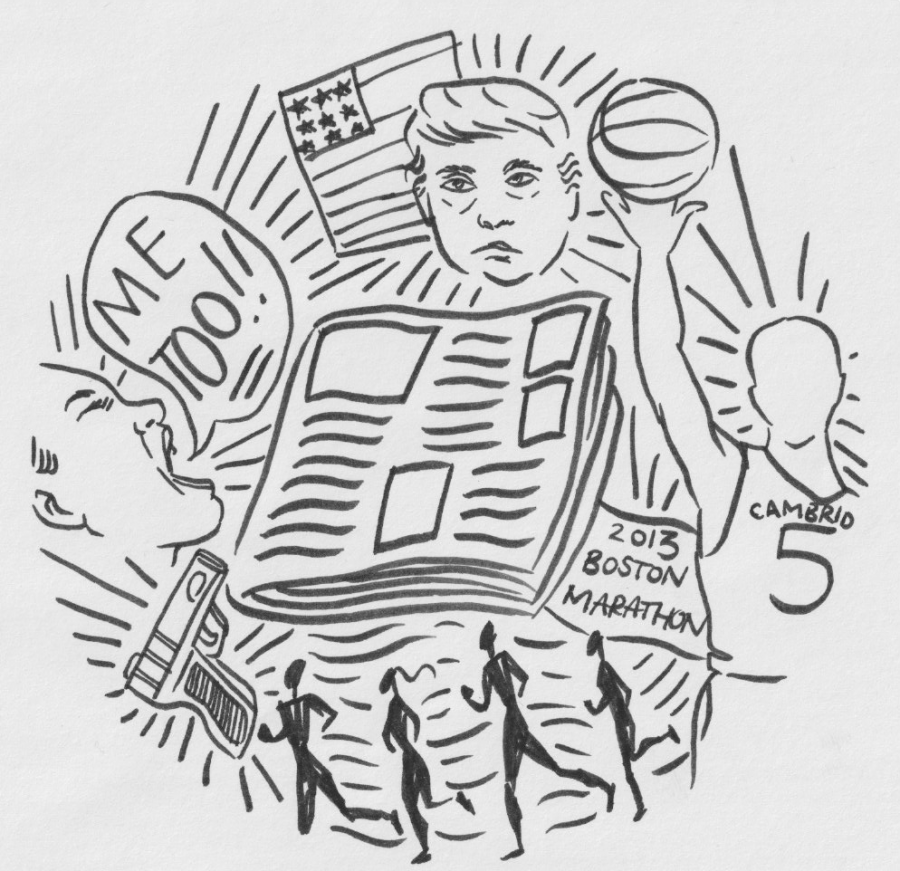 The 2010s saw many historic events, including President Trump’s election.

To commemorate the end of the 2010s, the Register Forum looked back on CRLS’s top stories of the decade. All of the stories chosen are meant to showcase the defining moments of the 2010s both at CRLS and in the greater Cambridge community.

What: On April 13th, the Boston Marathon Bombings killed three and injured more than 250 people, including many in the CRLS community. Many runners were injured,  and three supporters were killed.

Why this story was significant to the decade: Perpetrated by recent CRLS graduate Dzhokhar A. Tsarnaev and his brother, the Boston Marathon Bombing prompted a difficult conversation at CRLS  about what went wrong. After being caught, the Tsarnaevs fled through Cambridge, hijacking a car at a gas station near Riverside. When MIT police officer Sean Collier was murdered by the Tsarnaevs, a manhunt by the Boston, Cambridge, and eventually the Watertown police took place that shut down most of the city and the surrounding area. The event changed both Cambridge and the nation’s view of domestic terrorism, shifting to public focus measures such as heightened security during mass gatherings and public events. The tragedy also offered an opportunity to come together. Its proximity to Cambridge makes the Boston Marathon Bombing hold a place as one of the most important events of the decade.

Why this story was significant to the decade: The CRLS basketball team went on a historic run from 2016 to 2018, hoisting two trophies in that span. Undefeated in the regular season, the CRLS team solidified itself as a dynasty in 2017. All season, the team was feared across the state, crushing their opponents in almost every game they played. Unfortunately, not all good things last forever, and the boys finally lost to Newton North in early 2018. Throughout the entire run, gyms were sold out and school spirit was at an all-time high, and while the loss was disappointing, the historic run that the boys team went on was one of the more exciting CRLS sports moments of the decade.

Why?: In the weeks before the November election, very few people thought that Donald Trump had a chance at beating Democratic nominee Hillary Clinton. Many in Cambridge viewed his campaign as a joke, and with Hillary Clinton’s lead in almost every poll, it seemed impossible to many that he would win. And yet, as states began to count their results, it became more and more clear that an upset was possible. By 11:00 PM, those who were confident that Clinton would win were silent, as three states that had historically almost always voted Democratically—Pennsylvania, Wisconsin, and Michigan—all went to Trump. By 2:00 AM in the morning, it was clear that Donald Trump would be the next president of the United States.

What: Mass shootings throughout the decade lead to student activism across the country.

Why?: In 2012, a mass shooting at the Sandy Hook elementary school shocked the entire nation. 26 people were killed, 20 of whom were young children in kindergarten and 1st grade. The Sandy Hook shooting shook the country to its core, and many in America were angered due to Congress’s inaction in passing any type of gun reform in the weeks and months after the massacre. Congress’s inaction continued after mass shootings in Orlando on June 12, 2016, when 49 people were killed in a mass shooting at a nightclub, in Las Vegas on October 1, 2017, where 51 people were killed during a country music festival, and at Marjory Stoneman Douglas High School in Parkland, Florida, on February 14, 2018, when 17 people were killed, including many students. On March 24th, a month after the Parkland shooting, students and adults across the country participated in The March For Our Lives, a movement led by the students at Stoneman Douglas, to show their support for gun reform. Many students at CRLS attended the march in Boston. Marchers brought signs and chanted to pressure Congress to start to create substantial gun reform legislation. Across the country, more than 1.2 million people marched in solidarity with the student from Stoneman Douglass. The March for Our Lives movement allowed kids and students to have a voice to call for change, showing many that students can be activists too.

What: The #MeToo Movement.

Why?: The #MeToo movement gained traction in late 2017 with actress Ashley Judd accusing Hollywood mogul Harvey Weinstein of sexual assault. This began a nationwide movement to hold men long untouchable because of their status, accountable for past actions. The movement led to a conversation on what individuals in power can get away, and how workplace harassment should be dealt with, how victims can be protected from retaliation, and how existing structures could be improved to prevent future events from happening. With the indictment of Michigan doctor Larry Nassar, institutes of education came under question as well. With so much power given to educators, students had little they could do. The MeToo movement transformed interactions between those with and without power, as sexual assault allegations continue to develop, we are only discovering the true extent of past actions.