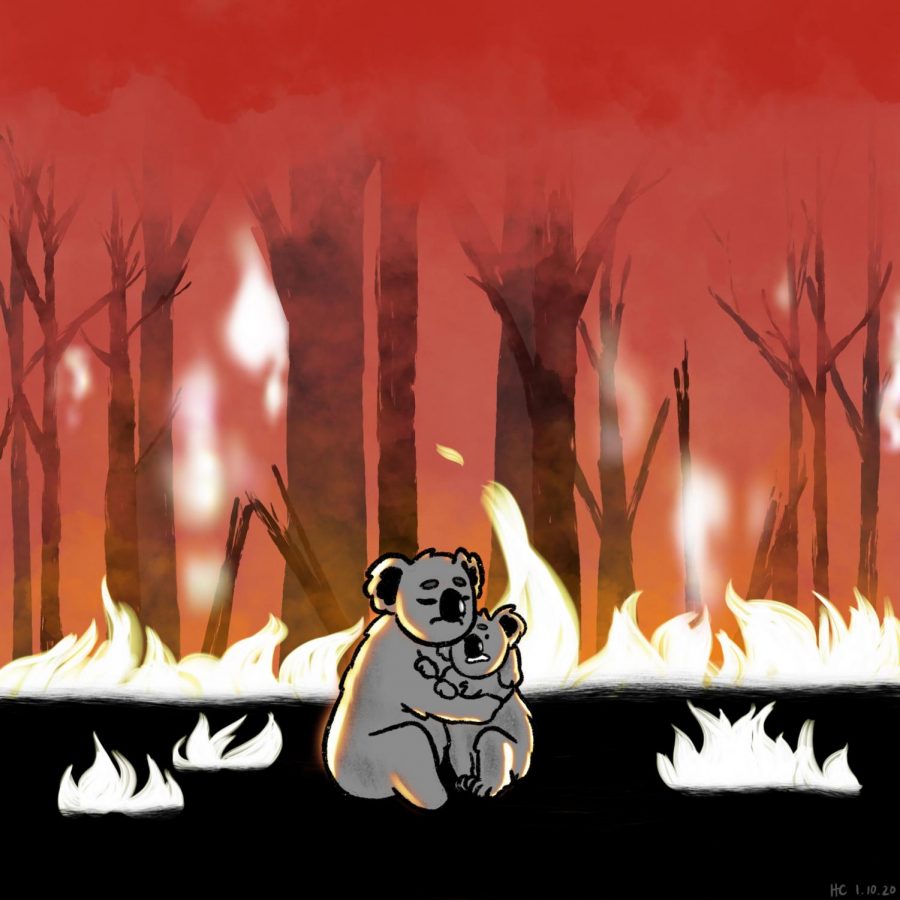 The current death toll of the Australian bushfires is over 30 people.

Fires in Australia are not an uncommon sight as there is an annual fire season that occurs in the country from July to late May. Bushfires are wildfires that harm woodlands, forests, and other areas with trees. However, in the last months of 2019, the bushfires in Australia escalated to a national catastrophe. While every state in Australia has been impacted, New South Wales and Victoria have experienced the worst of it. New South Wales has reported a state of emergency, while Victoria has announced a state of disaster. Recently, heavy rainfalls have been decreasing the intensity of the bushfires. Nonetheless, these rainfalls are also causing damage to streets and bring threats of flooding.

The bushfires have consumed millions of acres of land, many species of wildlife, and tens of people. In fact, the current death toll is over 30 people, and that number excludes the masses of civilians and firefighters who were affected by smoke or displacement. Sophomore Claire Emison said, “The fires are directly killing animals through burning and smoke inhalation, and also destroying habitats, which will make it much harder for animals to bounce back, especially species that live only in a small area. Some species might go extinct. There’s also huge amounts of property damage, and people who have lost their homes who will need to be relocated.” Many Australians have been migrating to the beaches for shelter away from the heat and destruction, but the damage to land and wildlife may be difficult to repair.

There have been rescue attempts made by volunteer firefighters, who have been trying to preserve the endangered koala bear species, yet people still believe more can be done to fight the crisis. In particular, there has been criticism towards Australian Prime Minister Scott Morrison. His administration has donated billions of dollars for rebuilding damaged buildings like schools and hospitals, but there are discussions regarding whether he is doing enough to fight climate change. Senior Lamisha Khan commented, “Scott Morrison is not taking enough action. He was literally on vacation, and now he says that switching to climate-friendly policies is inconvenient. Firefighters are out there risking their lives, so civilians are honestly better than politicians at this point.”

There are multiple factors that contributed to the uncontrollable fires, but one of the most influential ones is climate change. Mr. William McDonald, an AP Environmental Science teacher at CRLS, spoke about the conditions of the fires: “As vast as this situation is, it is partly due to humans. Australia is in the midst of a three-year drought and severe heat waves, so it is very dry. Things like lightning can set off fires, but discarding cigarettes onto the ground or arson can combine to make things much worse.”

Since climate change is influencing these fires, many believe it is important for everyone, even if they are not residents of Australia, to help better the environment. Tobe Stomberg, who also teaches a section of AP Environmental Science at CRLS, advises, “Every single one of us needs to take into account our carbon footprint, like what you are doing with your electricity use, water use, etcetera. We all have to collectively work to make change happen.”