Eating Local for the Future

Combatting the Globalization of Food 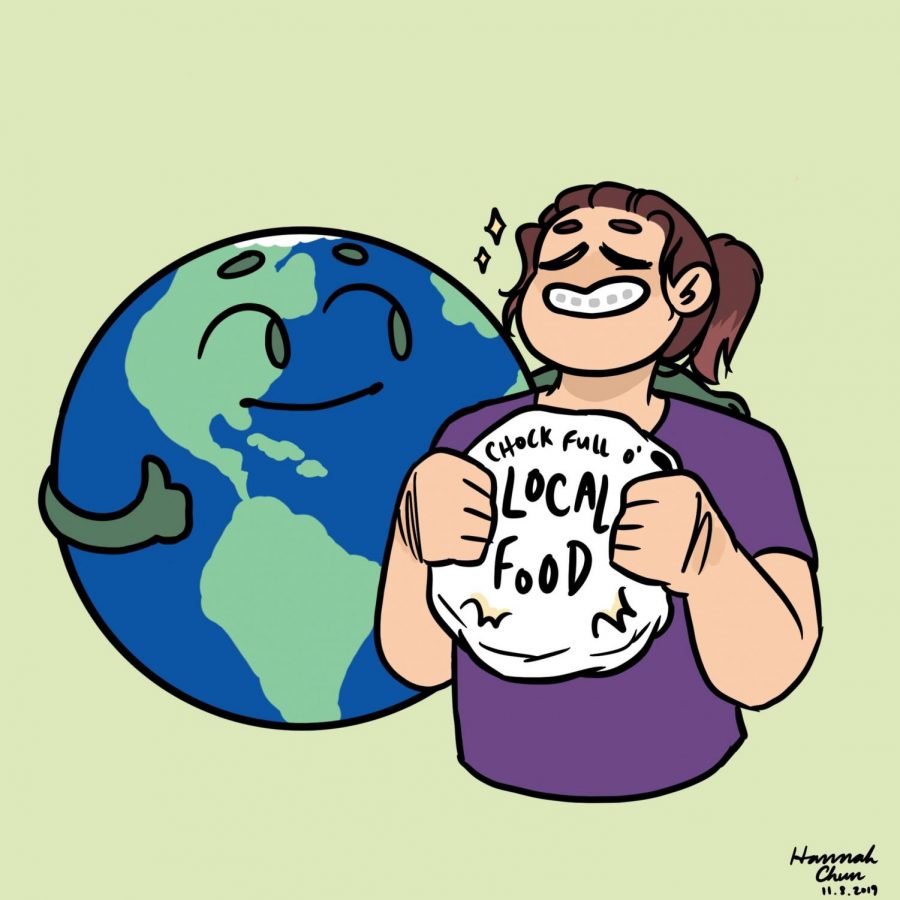 In 2019, it’s common to eat without thinking about the food itself. What is often missed is that the journey your food has been through before it reaches you. This journey varies in distance, labor, and perhaps most importantly, carbon footprint. Wendell Berry, a renowned essayist and poet, once wrote that “eating is an agricultural act.” When you eat, it isn’t just about the taste, the satisfaction, the meal as a whole—eating is a direct link from you to the natural world, whether you realize it or not. What you eat influences what is grown in your country, and the world, through the laws of supply and demand. By becoming conscious of where food comes from and the effort that has gone into getting it to us, we can change the system. Right now, small farmers are suffering from the corporatization of the produce market, food is being shipped all across the world, and for what? Cheaper, and cheaper food. But there are costs that go beyond the monetary. The carbon footprint of our globalized food market is rising, and to combat this, we must turn to local options.

One reason small farmers are suffering in America is that they simply can’t compete against corporate farms like Driscoll’s or Annie’s, or—you name it. Especially when it comes to the organic market, the percentage of small farmers in the U.S. is decreasing. For a small American farmer, becoming organic is an arduous process. Farmers need to work their land through completely organic, USDA approved methods for three years before they can actually be certified. Those three years mean that the farmers are spending the extra money it takes to farm organically without earning it back, which can be a real deterrent. There’s a steep learning curve to transitioning a conventional farm, and the grunt of this work must be done by the farmer themselves. With the demand for organics increasing faster than conventional land is being converted to organic, farmers are often opting to sell parts of their land to organic corporations, rather than convert it and manage it organically themselves.

Corporatization also means greater transportation of food. As sourcing for organic food is being steadily aggregated into corporate farms, our produce is coming from farther and farther away, often across oceans. Next time you go to buy an apple, check where it’s coming from. Despite living in apple country, I see apples (conventional and organic) coming from New Zealand, Oregon, and even Argentina every time I’m at the grocery store. I went apple picking just a 45-minute drive away from Cambridge this past fall. So why buy an apple from over 9,000 miles away? And it’s not just apples. In 2017 alone, the U.S. imported over $2 billion in organic foods. The carbon footprint for these imported foods—many of which are actively being grown by small New England farmers within 250 miles (a conservative definition of local)—vastly exceeds the footprint of local food.

There is, of course, the caveat of local food often being more expensive. There’s a reason corporatism and importing is spreading throughout the fruit and veggie world like a California wildfire—it’s just cheaper. So I’m not suggesting you convert everything in your house to locally grown and produced food. No, I’m imploring you to become more aware—just to think, look, and ponder—of where your food comes from, and the impact it has, carbon or otherwise.

Eating local supports small farmers and forces you to become aware of seasons and place. Eating based on what grows in your corner of the world at a certain time of year can feel limiting, but I’d argue that these limits are actually a freedom. A freedom to be more in tune with the natural world surrounding you, and perhaps this awareness will foster an appreciation. At the end of the day, what we eat says a lot about who we are, and what we value. Eating local food reflects the values of community, support of small business, and ecological awareness and environmentalism. A very wise friend of mine, an avid Vermonter named Suzanne Lupien, once said “limits are the architect of progress,” and this phrase aptly fits the local movement. By limiting what we are choosing to eat, we are working for the benefit of the common good. Think about who worked to get your food to you, and how far that food has traveled, and ask yourself, is this necessary? Or is there some vast flaw in the system?