Why the Democrats Should Not Impeach Trump 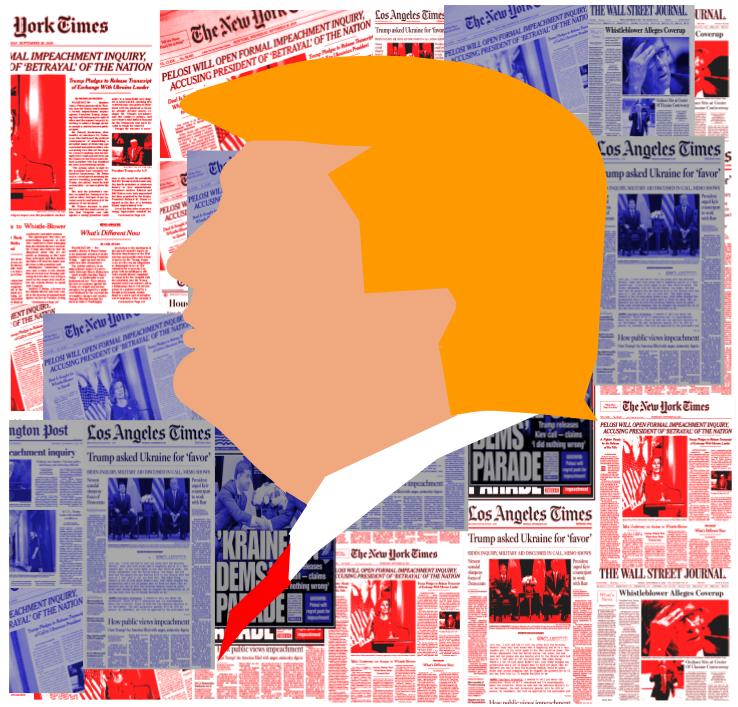 In less than a year, voters all across America will decide to vote for a democratic candidate to compete against  President Trump. This year there are many Democratic candidates in the race, but their plans and policies are overshadowed by the evolving impeachment investigation of the incumbent candidate President Donald Trump. At the end of October, Congress agreed on an inquiry into President Trump’s phone calls with the Ukrainian government to determine whether to move forward with an impeachment vote. However, the impeachment inquiry led by Democratic Speaker of the House Nancy Pelosi actually undermines the chances that a democratic candidate will win re-election in 2020, as the impeachment investigation will incite Trump’s base and motivate his supporters to vote for him next November.

Despite Trump’s economic success, many Republicans feel alienated by Trump’s poor behavior. Under the Trump Administration, the Dow Jones index has hit record highs, corporate taxes have been cut, the GDP (gross domestic product) growth rate has been strong, and unemployment hit 3.5 percent (a 50-year low). Next November, voters will have to weigh the proven successes of the Trump administration against candidates who have been more vocal about their impeachment plans than their own economic plans. However, many of Trump’s economic successes have been overshadowed by his racist and sexist statements and his frequent use of Twitter to call out celebrities. Many voters cannot overlook Trump’s character flaws and are eagerly looking to the Democratic Party to offer a viable alternative, and his unsavory actions with Ukraine are just another example of Trump’s unscrupulous behavior in office. However, Republican voters disillusioned with Trump might still decide to vote for him instead of a Democrat if they see his as a martyr as a result of the impeachment investigation by the Democrats.

Even if Democrats do succeed in impeaching him, it is very unlikely that they will actually be able to remove Trump from office. In America’s 243 years of existence, only two presidents have been impeached—Andrew Johnson and Bill Clinton—and neither were actually removed from office. Also, this year, the senate (the body that would actually remove Trump if he is impeached) is controlled by Republicans (53 to 47), so the chance that Trump would actually be removed is slim to none. This means that, if Democrats fail to remove Trump from office, this will only serve to galvanize support for Trump from voters who may feel that he is the victim of the “witch hunt” that he keeps talking about.

Voters who might have been unwilling to overlook Trump’s character flaws might feel sympathy for him after being demonized by the democratic impeachment campaign, which would create the opposite effect than the Democrats intended. Democrats should stick to campaigning about issues of policy and remove president Trump by beating him in the 2020 election, not by trying to remove him from office before the end of his term. Otherwise, they run the risk of unifying Republicans under Trump who oppose impeachment and believe that the Democratic Party is more focused on impeachment than passing legislation important to them.