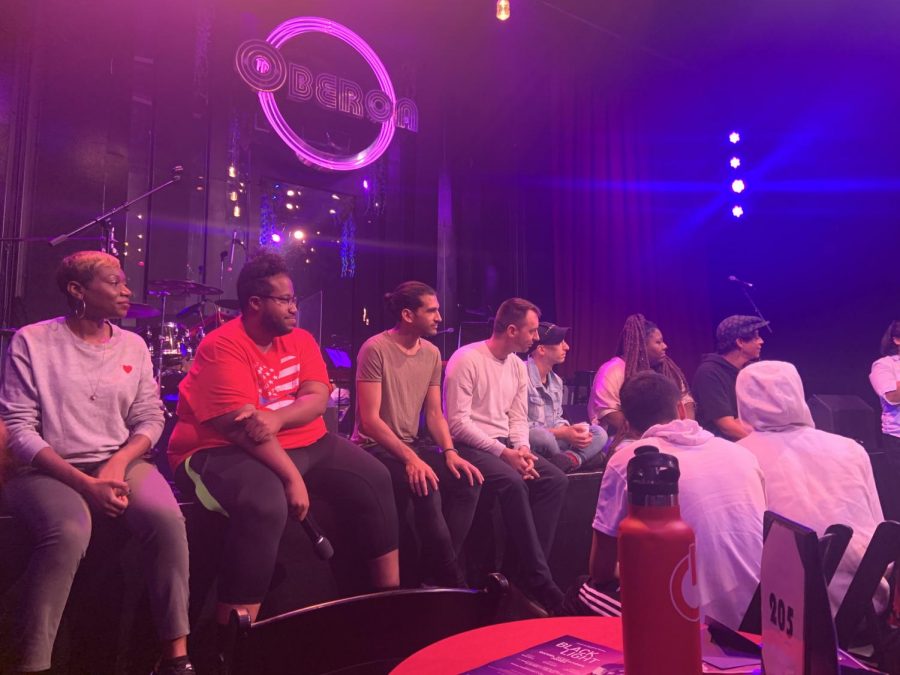 CRLS students recently attended Black Light at the ART and had the opportunity to talk to the actors.

What if I told you it’s going to be alright? But what if I told you, not yet,” affirms Daniel Alexander Jones, to a student audience in a powerful performance of his show Black Light.

On Thursday, September 26th, CRLS students from various theater and English classes had the opportunity to attend a matinee of Black Light, an afro-futuristic drag performance celebrating Black and queer culture. Afro-futurism is the growing art of imagining technology rooted through an African-American perspective. Recent examples include those of Marvel’s Black Panther, or critically acclaimed works by singer Janelle Monae.

Students embarked on a field trip to the American Repertory Theater’s smaller venue, the Oberon, and were seated in an intimate club-like setting. Daniel Alexander Jones, the show’s creator and lead performer, brought the stage to life with his enchanting drag persona ‘Jomama Jones.’ Engaging with dazzling costume changes and alluring musical hooks, Jones’ stage presence and persona stunned audience members and left them wanting more. Ms. Turick, an English teacher at CRLS, mentioned that her favorite part of the show was the interaction between the performers and students. “I loved when Jomama was dancing with the kids,” Turick explained, referring to a part of the show where Jones encouraged audience members to get up and dance with him.

The show, although ticketed as 18+, featured many themes relevant to today’s youth. The most notable of these themes being facing gun violence, the experience of growing up black in America, learning to allow and accept your feelings, and losing fear of what you don’t know. These themes particularly struck CRLS junior Nora Iammarino. “I had always admired the art of drag, but it was really impactful to talk about it with the actors,” she said. Iammarino went on to voice that she deeply admired the recurrent theme of not giving in to fear of what you don’t know. The show hits on this point several times symbolically through the use of metaphors about supernovas and tarot cards revealed at the end of the show.

The conversation of representing minorities, such as the drag community, is still one that is being challenged and expanded upon to this day. It’s very likely that Black Light was the first time many Rindge students were exposed to the art of drag or LGBTQ art in general. A 2016 GLAAD report found that only 6% of LGBTQ characters featured in American television were transgender.